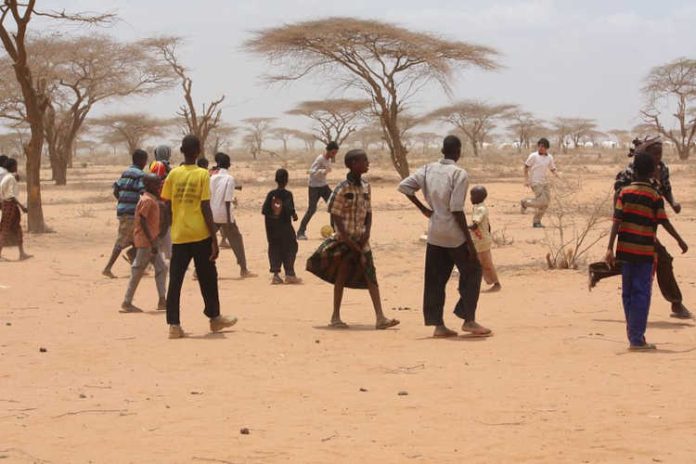 The International Rescue Committee (IRC) has said at least 8.3 million people in Somalia are on the brink of catastrophic famine as aid agencies fail to secure sufficient funding required to avert the crisis.

In a press statement, it said with the April–May rains in Somalia this year expected to be below normal for the sixth consecutive season, the number of households affected by the worst drought in the region in decades continues to grow every day.

The IRC noted that it is working with local government and other aid agencies in supporting those affected by the food crisis.

It said it has been able to raise U.S.$15 million but the growing needs outpace the resources available.

The statement further pointed out that the funding shortage comes at a time when another fifth consecutive failed rainy season has been experienced, putting more populations at risk of starvation.

‘Although humanitarian assistance has helped to delay an official famine declaration in Somalia, the International Rescue Committee warns the thresholds for famine are likely to be met in April-June 2023 as current funding levels are dropping’, it read.

‘This will push communities already on the brink of famine over the top’.

IRC called on donor countries to increase funds that will help provide treatment for children and women with severe malnutrition and enable access to clean drinking water.

According to a 2022 report from the United Nations Children’s Fund (UNICEF), the severe drought in Somalia has put millions of people at risk of food insecurity.

It also revealed that an estimated 6.4 million people were facing acute water shortages across the country.

‘We urge international leaders and donors to learn from experiences of the 2011 famine where over 250,000 people died, half who died before the official famine was declared’, he said.

The IRC further advised that the UN High-Level Task Force on Preventing Famine (HLTF) should prioritise the six countries at highest risk, including Somalia.