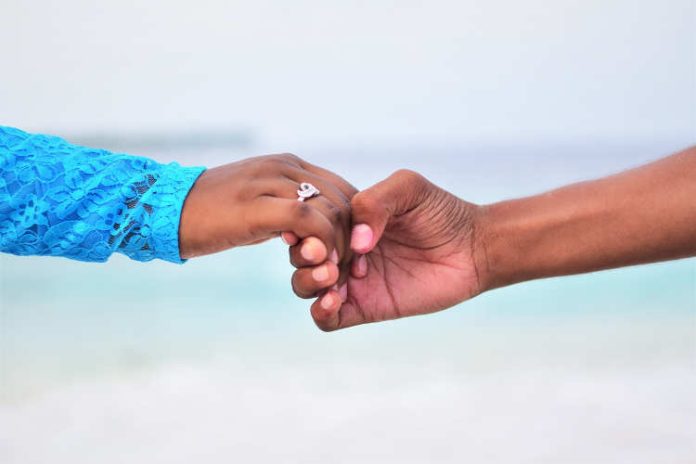 Wherever you turn these days, it is one divorce story or another separation story. Marriages today no longer last like the days of our parents.

Could it be that people have become less tolerant of one another? Or maybe people now marry for the wrong reasons? Or then again, do people prepare thoroughly for the wedding and not for the marriage itself?

Lately, the media has been flooded with news of divorce among celebrities, professionals and to other persons who are not well known.

In 2022 alone, the marriages of actress Funke Akindele and Abdulrasheed Bello (JJC), Paul and Anita Okoye, Gideon Okeke and Chidera, Kalu Ikeagwu and Ijeoma, Obinna Nwafor (Saint Obi) and Linda, Julius Agwu and Ibiere; Bright Okpocha (Basketmouth) and Elsie, and so on crashed.

We are aware of these ones because they are public figures, and unfortunately, Nigeria does not have a good data system so the overall statistics on divorce are unknown.

Development Diaries, seeing this as a cause for concern, decided to speak to thought leaders and professionals on the issue.

Pamela Udoka is a Certified and Licenced Clinical Psychologist and Sex Therapist. Airing her concern about the rate of divorce in the country, she described it as a sad situation. She highlighted three major causes of divorce: communication patterns, sexual dissatisfaction, and third-party interference.

‘There are other factors but I just want to dwell on these three because they are the major ones. If you say finance, for instance, how do you handle finance? How do you communicate it to each other? That’s why we talk about communication patterns.

Noting that the causes of conflict among partners are not far-fetched, she explained how third party contributes to issues between couples.

‘When we talk about third party interference, you find out, something as simple as “asoebi” (a uniform dress or dressing code/style), for instance. Your partner says don’t get asoebi and you go ahead and get it, and this asoebi is for somebody’s party. Now, when one of the spouses goes ahead and buys this asoebi and it causes a quarrel, that’s a third party influencing your marriage.

‘Or mummy says don’t buy a toy for the child because the child has enough toys, daddy now says oh it’s my child I want to buy a toy. The father buys the toy, the child goes away to play with the toy and the parents are quarrelling. So that child has become a third party interfering in the marriage’.

Pamela further said sexual dissatisfaction is a huge factor in causes of marital breakups because it is a topic that couples shy away from.

‘We found that most couples don’t come for assessment because not all of them would agree that the problem in their marriage comes from sexual dissatisfaction, but when I start doing my assessment of each individual, I find out that they are not happy with their sexual relationship and they can’t communicate’, she said.

‘But if you don’t tell each other how will your needs be known’?

For the Executive Director of Nigeria Network of NGOs (NNNGO), Oluseyi Oyebisi, he said most times, minor issues cause friction between couples but understanding how to navigate around those issues can be the solution.

‘The first year is always very easy because you’re still lovey-dovey. The second year is about the same. But from the third year, you start seeing some changes which, again, you now have to put in the hard work; one is of understanding each other, two is also ensuring that you both forgive each other, and that you can overlook a lot of things’, he said.

‘Some will tell you that the majority of the things that causes fight and argument are things that you can overlook and work on, as it were.

‘You’ve got instances that it was how to press the toothpaste that created the hassle or it was just you not putting the seat cover of the toilet appropriately, and then you have a lot of arguments.

‘These are bound to happen. When they happen, how are you able to both work together with an understanding that you both come from different backgrounds, how you talk to each other, what your temperament is like in terms of how you receive feedback from your partner’.

Does feminism play a part?

According to some English dictionary meanings, feminism is the belief in and advocacy of the political, economic, and social equality of the sexes expressed especially through organised activity on behalf of women’s rights and interests.

Also, the International Women’s Development Agency (IWDA) sees feminism as leveling the playing field between genders and ensuring that diverse women and girls have the same opportunities in life available to boys and men.

The meaning and essence of feminism have been misconstrued by a lot of women these days and some questions have arisen if feminism, as it is seen by some, is another cause for the high divorce rate.

Pamela shared her thoughts on feminism, too.

‘Most people who talk about feminism do not understand what feminism is. It has been seen as being equal to men in all ramifications, being able to do what a man can do, and then challenging men’, she said.

‘I don’t think that’s what feminism is because you can’t be challenging your spouse at every turn and expect peace. It can’t work. It is like eating your cake and having it.

‘Marriage is marriage. If you’re not ready to be married, don’t get married. But don’t come into the marriage and try to recreate the tenets of marriage or recreate the roles guiding marriage and want to make that your own role to be the norm’.

For Oluseyi, he said, ‘We need to counter the narrative around the misconception of what feminism looks like.

‘Feminism itself has been misconstrued, but then, when you look at the term feminism, it is treating a man and woman the same way. However, many have termed it to be women wanting to be independent and wanting to have authority over men and vice versa.

‘I would cautiously say that the misconception around feminism may have also added to the divorce rate, but when you look at it in terms of human relationships, nobody wants to be treated without some dignity and respect.

‘So if we treat each other in that regard, then the thinking around feminism should be complementary to how we see our relationship as men and women.

Now that some of the major causes of divorce have been looked into, what should be the next step? I guess the target should now be on intending couples to make sure they are getting the right pre-marital counseling.

Pamela has a message for intending couples – ask questions!

‘If there are things that are bothering you about this person, ask the question, I mean up to sexual issues.

She also highlighted some things which could be causes for concern but can be worked on.

‘There are people that have had issues because their partner sleeps with mouth open and saliva drips down the mouth, so you’re waking up and seeing someone is dripping’, she said.

‘If you actually love that person, you’ll help the person clean it up because the mouth is open, so that is not a cause for quarrel.

‘Or your partner wakes you up with snoring. You’ll tell the person to adjust his or her neck; that is love. It is not enough grounds to say you’re not doing it again because of snoring’.

‘Marriages made in heaven ‘

She added, ‘Let me also debunk this idea of marriages made in heaven. No marriage is made in heaven. It’s the husband and wife on this earth that make the marriage, so what people see and admire is the work that two people have put into it’.

In as much as divorce is associated with negativity, activist, Aisha Yesufu, has an entirely different view.

She believes that the longevity of marriage should not be the ultimate prize, but happiness.

Aisha said this on her official Twitter handle while reacting to the recent news of actress Ireti Doyle’s official divorce from Patrick Doyle.

She said, ‘We should learn to be comfortable with divorce. The longevity of marriage should not be the prize.

‘The prize should be happiness, fulfillment and mental well-being of the couple involved.
Where it is no longer optimal, people can decide to go their separate ways and be happy’.

We should learn to be comfortable with divorce.
The longevity of a marriage should not be the prize. The prize should be happiness, fulfillment and mental well being of the couple involved.
Where it is no longer optimal, people can decide to go their separate ways and be happy. https://t.co/0Sk0Aiyi8E

Overall, communication plays a big role in holding a marriage together. As humans, we need to communicate to be understood; then in marriage, we have to communicate more because the success of the union lies in it.