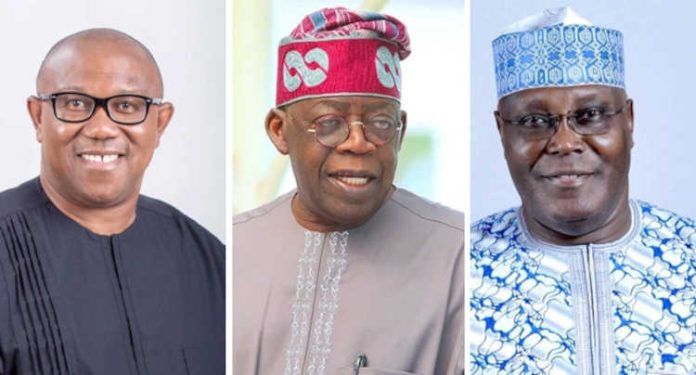 Presidential candidate of the ruling All Progressives Congress (APC), Bola Tinubu, has restated some of the plans he has for major sectors of Nigeria’s economy if elected president in the 2023 elections.

Tinubu outlined the majority of his plans in his speech at the Chatham House in the United Kingdom.

The APC candidate spoke on the topic, ‘Nigeria’s 2023 Elections: Security and Economic Development and its Foreign Policy Imperatives’.

Chatham House is a global platform for intellectual engagement on different issues of contemporary interest to people around the world.

The former Lagos State governor, while speaking on his plans for Nigeria’s education sector, promised to give loans to students in various institutions, noting that he will also reform the Almajiri system in the country’s northern region.

He further promised to build more schools, employ and train teachers in the country.

On health care, the APC candidate said he would convert brain drain to ‘brain gain’, adding that his administration would manufacture drugs and stop importation of drugs in the country.

Regarding security, Tinubu promised to tackle the present security situation, so that Nigeria can also effectively provide security support for its neighbouring countries.

‘As a first step, we must recalibrate domestic policy in order to revamp the foundation on which our quest to pursue human security rests’.

Speaking more on security, the Governor of Kaduna State, Nasir El-Rufai, who answered questions on behalf of the candidate, said Tinubu’s administration, if elected, would scale up the numbers of the armed forces, train them and provide more equipment.

Director of Strategic Communication of the PCC, Dele AlekeAlake, on his part, answered the question on how Tinubu plans to lift Nigerians out of poverty and also curb oil theft in six months.

He said, ‘The key to his policy for increasing economic growth is to enable the private sector to make the investment that will increase productivity, grow the economy, create jobs, and reduce poverty’.

Tinubu also promised to improve the framework already in place to boost the generation and distribution of energy across the country.

Meanwhile, the presidential candidate of the Peoples Democratic Party (PDP), Atiku Abubakar, made more campaign promises during the party’s rally in Lagos State on Monday.

‘If you elect me as your president, I promise by the grace of God that I am going to set aside $10 billion so that we can empower our young men and women in small medium enterprises’, he said.

During an interactive session between the party and northeastern stakeholders, Peter Obi of the Labour Party promised to remove the sharing formula, which has been the bane of Nigeria’s progress, and replace it with productivity for the sake of the future generation of Nigeria.

He also promised to give the north an educational system whereby the pupils who attend Koranic schools are taught skills that can enable them to be self-reliant.

‘Everybody is sharing money, I want to remove the sharing formula and replace it with production formula. It can work, I want to give the children a future’, he promised.

Former President Olusegun Obasanjo pledged to address the nation’s power challenge, fix the education sector and create millions of jobs for the unemployed and under-employed Nigerians.

For his part, former President Goodluck Jonathan promised Nigerians ‘fresh air’, which indicated his readiness to chart a new course.

Unfortunately, the air he promised was not fresh as Nigerians experienced increased insecurity, unemployment and unpleasant living conditions.

The present APC administration came with a promise of change; promising one meal a day for children in public schools; electricity; affordable kerosene and security; generation, transmission and distribution of electricity on a 24/7 basis; maximum security; zero corruption; discipline; among others.

Meanwhile, the power supply in the country has remained epileptic, with the consistent collapse of the national grid for the past seven and a half years.

One thing politicians are known for during election campaigns are their beautiful campaign promises and very few of them fulfil those promises after getting into office.

Citizens are to blame for not checkmating the excesses of politicians who give them loads of unfulfilled promises every election season.

Politicians adopt and get away with failed electoral promises because citizens do not hold them to account on those promises.

Citizens should not be fooled this time around with enticing words which are intended to mesmerise them into voting.

Candidates should be engaged on their promises and made to give detailed explanations on how to achieve these promises.

This time around, it should be different. Citizens need to shun electoral gratification and vote-selling, and thoroughly assess the electoral promises of politicians and political parties.