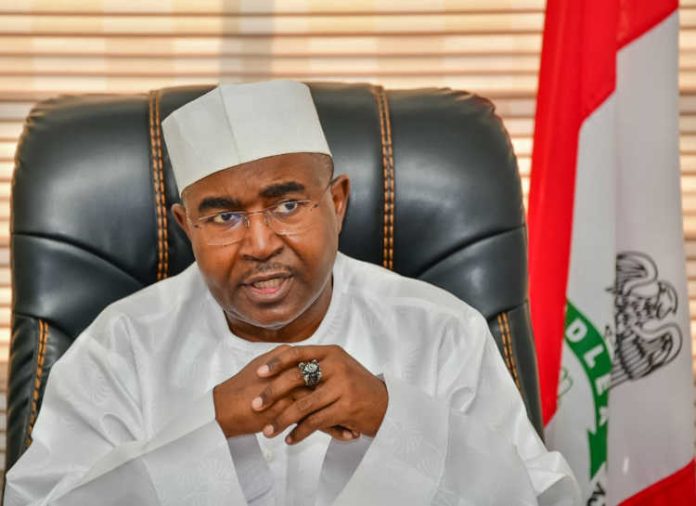 The Chairman of the National Drug Law Enforcement Agency (NDLEA), Mohammed Marwa, recently warned that Nigerian youths could become a burden due to the abuse of illicit substances.

He also charged parents and other stakeholders to ensure that hard drugs are kept away from young Nigerians.

The retired Brigadier General warned against the danger of complacency in tackling drug abuse among youths.

In 2021, the NDLEA said that 40 percent of Nigerian youths between the ages of 18 and 35 were deeply involved in the abuse of drugs.

A national drug use survey carried out by the National Bureau of Statistics (NBS) in 2018 revealed an average drug use prevalence of more than 14 percent which is alarmingly high when compared with the global prevalence of 5.5 percent.

The report also showed that drug abuse has been a cause of many criminal offences such as theft, burglary, sex work, and shoplifting.

According to the United Nations Office on Drugs and Crime (UNODC), people under 35 in Africa represent the majority of people being treated for drug use disorders.

The menace of drug abuse is seriously threatening the youthful population.

Drug misuse not only reduces the academic performance of students of higher institutions, it also impedes the healthy development of the nation since drug abuse is a threat to the life and dignity of the users.

In a chat with Development Diaries, the Director, Unified Initiative for a Drug Free Nigeria, Ikenna Molobe, said alcohol is the most abused drug, followed by marijuana and now, tramadol.

‘The reason people abuse drugs, mostly tramadol, is because these drugs have side effects and people take advantage of the side effects’, he said.

Molobe said from research he has carried out, some reasons have been identified for drug abuse among users.

‘Secondary students take it because tramadol makes them to be less hungry, some of them don’t have money to eat three times a day, so once they take it they can eat just once in a day’, he added.

‘Tramadol is found to prolong ejaculation among male; for the female, who are commercial sex workers, they take it because they want to have multiple customers so they can make more money.

‘Most people who do menial jobs use it so they can go for long hours, so they won’t feel pain’.

Molobe also said drug abuse has been found among prison inmates, facilitated by prison staff in order to control them, and among Nigerian sportsmen and women to enhance their performance.

The NDLEA has initiated some youth-focused measures to safeguard young persons against the pressures and temptations of going into drugs.

In December 2021, the National Drug Control Master Plan (NDCMP) 2021–2025 was launched. The NDCMP is a strategic instrument for addressing the complex issues of drug trafficking, production, cultivation and use in Nigeria.

The NDLEA said some of the measures it has taken to curb the rising incidence include the War Against Drug Abuse campaign – a grassroots-oriented advocacy that is used to diffuse anti-drug sentiment across the society.

It has also set up an NDLEA Twitter Space where drug issues are discussed by experts from within the country and around the world to an audience of young people is another measure.

A 24/7 drug abuse call centre with a toll-free helpline has also been set up to allow drug users, their families and employers seek treatment without compromising their identities or safety.

The question now is: to what extent have these measures helped in curbing the rising cases of drug abuse in Nigeria?

Have they been effective enough?

On the part of Unified Initiative for a Drug Free Nigeria, Molobe said he has conducted research that would help in influencing policies to help in the fight against drug abuse in Nigeria.

‘We have worked with schools, prisons, and communities on educational programmes, but at a point I noticed that we lack evidence-based facts and figures to support our advocacy because Nigeria is lacking that’, he said.

‘So majorly I focus more on research to influence policies and it helps in developing very effective programmes’.

With the high prevalence of drug abuse among youths in Nigeria, instead of benefitting from the advantages of the huge youth population in Nigeria, the reverse might be the case.

The NDLEA should do more by collaborating with civil society organisations (CSOs), schools, Ministry of Education and other relevant ministries, departments and agencies (MDA) to strengthen the fight against drug abuse.

Also, state governments should collaborate with relevant CSOs to curb the menace.