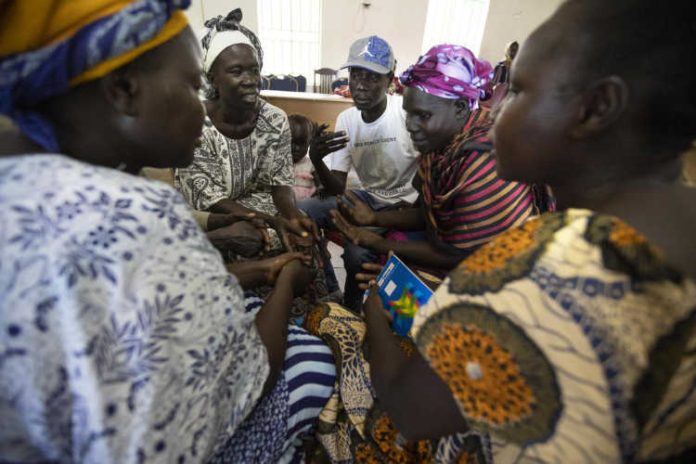 South Africa‘s President, Cyril Ramaphosa, has called for open dialogue as a way to tackle gender-based violence (GBV) in the country.

He said men should be encouraged to engage in open dialogue about their responsibility towards women and toxic masculinity.

The president made this known in his weekly newsletter in observance of the 16 Days of Activism for no Violence against Women and Children campaign.

According to the UNFPA, one in three women globally experience either intimate partner violence or non-partner sexual violence during their lifetime.

Also, data from Statistics South Africa‘s Crimes Against Women in South Africa report showed that one in five women (21 percent) had experienced physical violence by a partner.

Ramaphosa said, ‘All of society should be mobilised to organise these men’s dialogues.

‘These are fora where this engagement should happen’.

The president strongly encouraged government, non-governmental organisations (NGOs) and the private sector to support such dialogues in every workplace, place of worship, school, college and university and in every community.

‘GBV affects every aspect of our society, including health and well-being, safety and security, and economic growth and productivity’, he said.

He said there is a need to examine the understanding of sexual consent and challenge the myth that rape is only considered rape if it involves a stranger, or if the victim responded by screaming for help, fighting back or reporting the matter immediately to the police.

Ramaphosa said by bringing together men of all races, classes and generations to speak frankly about their understanding of masculinity, more light can be shed on assumptions and practices that many people consider ‘normal’, which are actually harmful to women and children.

Finding your style when it comes to fashion involves...