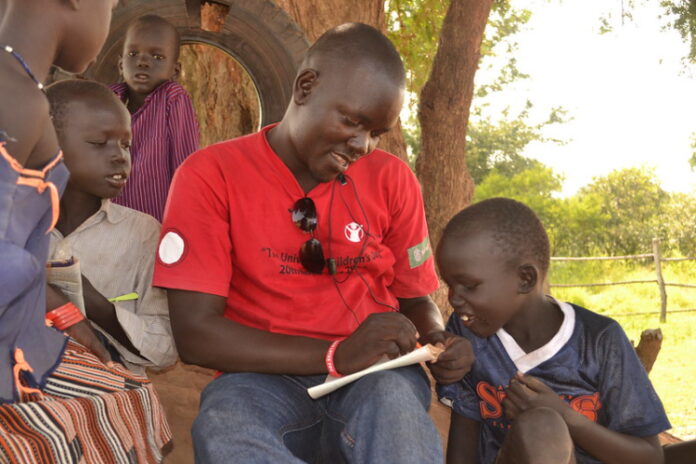 Former President Olusegun Obasanjo recently warned that the about 20 million out-of-school children in Nigeria present a fertile ground for breeding another insurgency in the country in the future.

He also insisted that no Nigerian child should be denied education for lack of means to do so.

The former Nigerian leader was speaking at the National Summit on Tertiary Education Reform organised by the country’s House of Representatives.

The summit, which was held in Abuja, the nation’s capital, was conceived to provide answers to the incessant industrial actions by the Academic Staff Union of Universities (ASUU).

‘We missed the road when the whole world was talking of education for all and we did not follow that. It was a bad miss’, Obasanjo said.

‘Education for all! We even had a target date globally. Today, out of the 244 million children out of school, we have 20 million – almost ten percent. We continue to miss and we are missing. That is a very bad one’.

What are the issues?
Nigeria has the world’s highest rate of out-of-school children.

According to the United Nations Education, Scientific and Cultural Organisation (UNESCO) Institute of Statistics (UIS), there are 20 million out-of-school children in the country, although the federal government has disputed this figure.

The United Nations Sustainable Development Goal (SDG) four calls for inclusive and equitable quality education and promotion of lifelong learning opportunities for all, which Nigeria is a signatory to.

Also, both the federal and state governments have refused to adhere to UNESCO’s recommended budgetary benchmark of 26 percent allocation to the education sector, and this has resulted in low funding for the critically important sector.

When funding for basic education is low, it means poor quality of education for children in school and nothing for out-of-school ones.

President Muhammadu Buhari, in his 2022 Children’s Day message, promised that his government would ensure wider access to quality education that would further reduce the number of out-of-school children in Nigeria. However, the aforementioned figures from UNESCO and UNICEF show a worsening situation.

The president also promised at the 2021 Global Education Summit in London that his administration would raise the budget for education by 50 percent in the next two years, adding that Nigeria will attain 100 percent budgetary increase by 2025.

His words, ‘I would also like to reiterate the commitment of the government of Nigeria to ensure that total education spending increase by 50 percent over the next two years and up to 100 percent within the next five years [2021–2025]’.

‘We also undertake to work with, and ensure that every state in our federation progress towards or maintain spending levels above 20 percent of their total budget to achieve national minimum standards for education outcomes’.

However, his administration recently allocated just ten percent of the total budget for 2023 to education.

Calls to action
Countries with the same problem have committed to benchmarks to slash out-of-school numbers by over half by 2030; hence, Nigeria must do the same by making concerted efforts to achieve this.

The federal government must drastically increase the level of public education financing to ensure that its policy to support free and compulsory basic education is effective.

The Universal Basic Education Commission (UBEC) should effectively monitor the use of funds and immediately alert relevant law enforcement agencies when a case of financial misconduct is discovered.

As for state governments, each of them should pass a new UBE law that defines UBE in the state as being compulsory, free, and for 12 years.

Finally, there should be a provision for education in emergency, with the aim to cater for those that were chased away by calamites and other man-made incidents.

Photo source: Save the Children