Nigerian Youths and the Rise in ‘Japa’ (One) 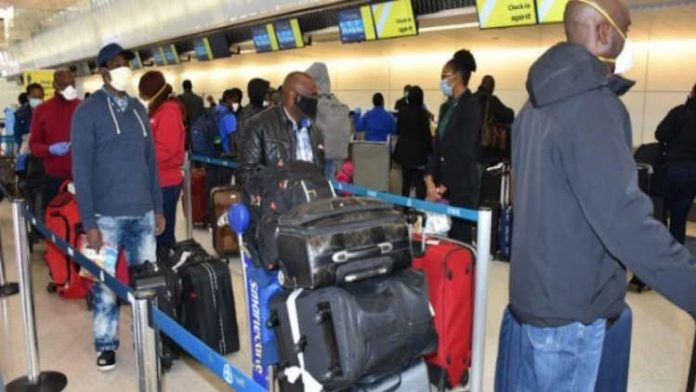 Have you ever heard of ‘the Nigerian dream’ being to leave Nigeria? That is the story of many citizens leaving the country today in search of greener pastures.

According to a report by the Africa Polling Institute in 2021, seven out of 10 Nigerians are willing to relocate to other countries for various reasons, with a good number of them recording success.

What is alarming is that the present group of Nigerians leaving the country are professionals seeking better career opportunities.

It is safe to say that migration is a normal and constant thing, as people will always move from one place to another to seek greener pastures.

It is also important to note that it is in the right of every Nigerian citizen to migrate to wherever they want.

Young Nigerians began to journey to the West as far back as the 70s and 80s, as they were faced with an uncertain future due to interruptions by the military and a volatile economy.

According to research, this was the first wave of ‘japa’, a Nigerian slang for emigration.

The slang means to ‘run hastily’. Hence, to ‘japa’ means to run quickly, to avoid, to terminate, to retreat, or to remove oneself from a difficult or uncomfortable situation or circumstance.

Reasons for leaving
Nigerians, mostly young citizens, seem to have given up hope on the country turning a new leaf from the old decay that has eroded the nation.

Bad leadership, socio-economic issues, inflation, lack of opportunities and insecurity are mainly the reasons people are leaving the country.

If the rate of emigration is this high, it means that Nigeria has not created a friendly environment to keep the live-wire of the country, which are the youths.

Young Nigerians have become frustrated with a country that continues to crush their dreams and does not do much to provide an enabling environment for entrepreneurs and young professionals to thrive.

James Annene, who is a software developer based in Canada said, ‘I left because of the job opportunities that are not available in Nigeria for people in my field which is software development’.

Some people have also sighted the raging insecurity in the country as the reason why they left.

James also said, ‘I left Nigeria mainly because of the insecurity, the fact that people get killed when they are making a trip from one part of the country to another; that was totally unacceptable to me’.

Others have noted the crippling education sector as a reason for leaving. Angela Ezeji, who is currently based in the United Kingdom (UK), said she relocated to the UK to study for a master’s degree in a country where education is taken seriously.

‘I left Nigeria to further my education, to obtain my masters abroad’, she said.

‘Generally, I didn’t think Nigeria was the place for me to obtain my master’s degree because at the time I left, ASUU [Academic Staff Union of Universities] had been on an almost two to three months strike, so I thought if I really wanted to get my masters, it was best that I tried countries outside of Nigeria and the UK was top on the list for me’.

The sinking economy is another reason why many people are leaving as they feel there are no solid measures in place to fix the present situation.

Temitope Kuti, a UK-based student who also spoke to Development Diaries, said, ‘I left Nigeria to study and also seek for greener pastures as things are a bit difficult back home in Nigeria’.

As for Joy Amoran, who is studying in the UK, she believes the UK economy is relatively stable and better than the Nigerian economy.

‘Although there is currently an increasingly high cost of living in the UK, the economy is relatively stable’, she said.

‘There are job opportunities that help to manage the cost of living; government policies are enacted for the good of the masses; taxes, although high, are put to good use for the benefit of the taxpayers; free education, health care and some amenities are tax benefits’.

For these persons who have left, they all had a message for the government of Nigeria: do better in tackling insecurity, improve the economy and increase funding for the education sector.

What is the hope for Nigeria’s future?
Late Nigerian gospel singer Sonny Okosun, in a 1984 song, ‘Which Way Nigeria’, lamented the struggles of the country as everything seemed not to be working.

38 years later, the situation has not changed, things have rather gotten worse.

Emigration will be advantageous to Nigeria in the long run if citizens return fortified with skills, experience and hard currency to invest and drive development.

This can only happen if Nigeria is made conducive and the government is deliberate and visionary about its plans and policies for Nigerians in the diaspora.