Did COP27 Deliver for Africa? 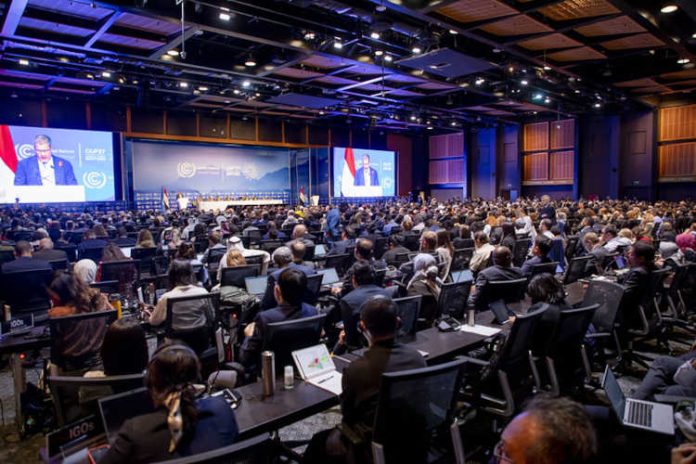 The conference provided an important opportunity to table issues critical to the continent; and the COP of implementation, where pledges would be translated into action on the ground.

The ‘Africa COP’ brought to the fore issues of critical importance to developing economies, including climate adaptation and loss and damage.

Also, negotiations were rebalanced and trust was reinstated between parties.

One of the successes recorded at the end of the summit was a breakthrough agreement to provide loss and damage funding for vulnerable countries hit hard by climate disasters,  although details of the fund still need to be fleshed out.

Developing nations relentlessly pushed for the fund, finally succeeding in getting the backing of wealthy polluters long fearful of open-ended liability.

This achievement has been described as a way forward following decades-long conversation on funding for loss and damage, and deliberation over how to address the impacts on communities whose lives and livelihoods have been ruined by the very worst impacts of climate change.

The decision to establish new funding arrangements, as well as a dedicated fund, to assist developing countries in responding to loss and damage was reached.

Also, agreements were reached by governments to establish a ‘transitional committee’ to make recommendations on how to operationalise both the new funding arrangements and the fund at COP28, next year.

The first meeting of the transitional committee is expected to take place before the end of March 2023.

Climate change has a disproportionate impact on the 37 poorest and least creditworthy countries in Africa.

Nine out of ten most vulnerable countries to climate change are in Africa. These are some take-homes for the continent from the conference:

The government of Egypt signed investment partnerships worth U.S. $87 million for the production of green Ammonia.

In terms of funding, the United Kingdom pledged £200 million in financial support for the poorest African countries that are mostly affected by climate change.

The European Commission also pledged the sum of one billion pounds for a programme that will help Africa adapt to climate change and build its resilience.

The ‘Decent Life for a Climate Resilient Africa’ initiative was launched to help Africa’s poorest rural areas confront the effects of climate change.

The Africa-wide initiative was also launched to protect the population in sub-Saharan Africa from the devastating effects of extreme weather conditions caused by climate change.

The programme aims to help African women adapt to the effects of climate change through cooperation between governments and international organisations.

Another initiative announced at COP27 was the ‘Africa Just and Affordable Energy Transition’. The goal of this is to give more than 300 million Africans access to clean cooking fuels and to increase the share of renewable electricity in the continent by 25 percent over the next five years.

What is of concern?

Despite the progress on loss and damage, world leaders at the UN climate summit failed to agree to phase out fossil fuels.

UN Secretary-General, Antonio Guterres, said the UN climate talks had taken an important step towards justice with the loss and damage fund, but fell short in pushing for the urgent carbon-cutting needed to tackle global warming.

‘Our planet is still in the emergency room, we need to drastically reduce emissions now and this is an issue this COP did not address’, Guterres said.

Despite all these, the concern should be about keeping to all of the aforementioned commitments because the developing world is used to hearing big promises that never see the light of day.

At the moment, the Loss and Damage fund created is an empty account and the question of who will contribute what has yet to be decided.

The Loss and Damage fund is an important first step toward climate justice, but actions should be taken on this funding so that the countries most affected by the climate crisis are heard.