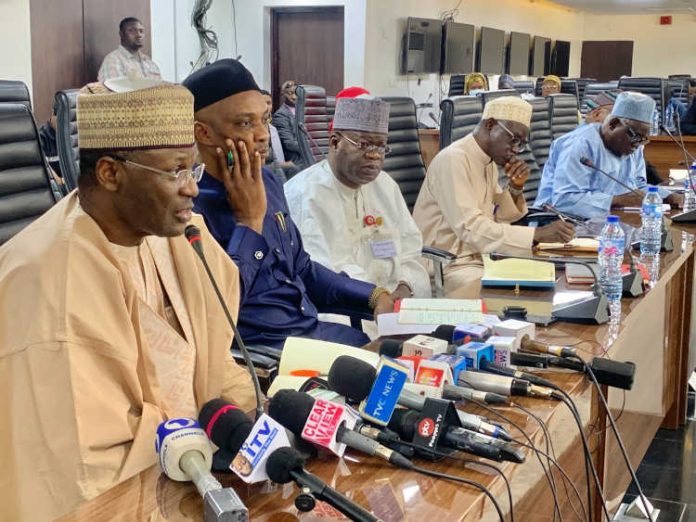 Chairman of Nigeria‘s ruling All Progressives Congress (APC), Abdullahi Adamu, has questioned the readiness of the Independent National Electoral Commission (INEC) to deploy the Bimodal Voter Accreditation System (BVAS) and the INEC Results Viewing (IReV) portal for the 2023 elections.

He questioned INEC’s readiness to use the technologies when he received a delegation from the Commonwealth Election Observation Mission.

‘Our concern is how ready are we to deploy some of these technologies as regards transmission because we are taking a major step in transmitting election results in real-time’, he said.

But the electoral umpire has insisted severally that BVAS will be put to use during the elections.

The commission had also dispelled reports insinuating that it was under pressure to jettison the use of BVAS for next year’s polls.

BVAS is a device for accreditation as well as the upload of the polling unit level result sheets to the IReV portal in real-time on election day.

The use of BVAS, which is a legal requirement for conducting elections in Nigeria, increases transparency and public confidence in the electoral process.

According to reports, some politicians are reportedly looking for ways to stop the use of BVAS.

The Coalition of United Political Parties (CUPP) had raised the alarm a couple of weeks ago over an alleged plot to remove the chairman of the commission, Mahmud Yakubu, before the 2023 elections.

CUPP alleged that there were moves to use a secret court action to stop the use of the BVAS machine.

It also alleged that plans had been concluded to deactivate the BVAS from INEC’s server, alleging that INEC will be pressured not to transmit the results of the 2023 polls electronically.

Meanwhile, the Executive Director of Yiaga Africa, Samson Itodo, has said that any politician that opposes the deployment of BVAS for the 2023 elections is afraid.

What are Nigerians saying?

Various Nigerians have taken to Twitter to pen their reactions concerning the comments against the use of BVAS.

Those who belonged to the “Old Order” are not ready for BVAS but the good people of Nigeria are ready.

Some others have called on INEC not to compromise in its decision.

Dear @inecnigeria, all what Nigeria 🇳🇬 & Nigerians requires from you is free, & fair elections in 2023. Please don’t allow yourself to be used as a tool in the hands of desperados who are looking for means to rig the elections. The use of BVAS must not be compromised.

I guess while most of us are getting ready to partake in the electoral process in 2023 using BVAS, some APC Governors and their presidential candidate are looking for ways to either stop INEC from using BVAS or remove the INEC chairman and bring in some that will do their bidding

The BVAS has been deployed to eliminate rigging during elections; therefore, it is important that the commission does not yield to any pressure or do anything to jeopardise this achievement as Nigerians look forward to a fair and transparent election in 2023.