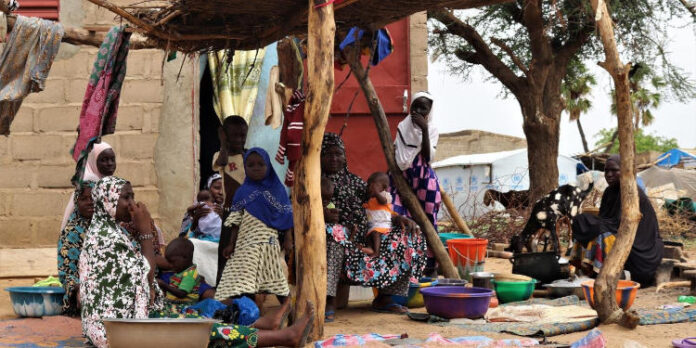 Some communities across Africa, including in Kenya, Nigeria, Ethiopia and Somalia, are facing their worst food crisis in 40 years.

According to data from the Food and Agricultural Organisation (FAO), about 278 million people in Africa, approximately one-fifth of its total population, went hungry in 2021, an increase of 50 million people since 2019.

The UN agency, in its State of Food Security and Nutrition in the World 2022 report, also projected the worrying figure to rise to 310 million by 2030.

Similarly, the World Food Programme (WFP), in a recent update, reported that 8.4 million people are food insecure in northeast Nigeria as a result of the conflict in the sub-region.

Hunger is one of the most undignified sufferings of humanity and has severe repercussions on African communities who face multiple shocks, compromising their lives, livelihoods, and prospects.

According to WFP, more than seven million people in Somalia are acutely food insecure, and 213,000 are already facing famine-like conditions.

What interventions are being undertaken to tackle the effect of the ongoing food crisis in several African countries?

It is understood that Red Cross teams are supporting people suffering from hunger, and helping communities who have been hit hardest with water, food, immediate financial help, nutrition services, and health care.

In Nigeria, the Red Cross has said it plans to reach 200,000 of the most affected communities in the northwest and north-central states through food distribution, financial assistance, and support with essential household items, as well as seeds and tools for growing food.

According to WFP, U.S.$10 million has been allocated from the UN’s Central Emergency Response Fund (CERF) to ramp up the drought response in Somalia.

On its part, the International Rescue Committee (IRC) says it reaches communities in East Africa and the Sahel with support that includes water and sanitation, education, health care, economic livelihoods, and emergency support and protection.

According to the IRC, 2,000 of its staff are in the region to scale up their programmes to meet severe needs.

International humanitarian organisation, Action Against Hunger, also said it has been responding to nutrition crises throughout the Democratic Republic of the Congo by providing life-saving treatment for malnourished children and mothers.

As for the USAID and its partners, they are scaling up humanitarian assistance for drought response in the Horn of Africa by more than doubling funding commitments from nearly $806 million in FY 2021 to more than $1.8 billion in FY 2022, according to recent data from the U.S. agency.

In its hunger emergency response report, World Vision said it was responding to the impact of hunger in seven countries in East Africa.

The AfDB president mentioned that despite this hunger challenge, Africa has massive agricultural potential with 65 percent of the uncultivated arable land left to feed over nine billion people in the world by 2050.

Adesina said hunger in Nigeria, for example, cannot be justified because the country has about 34 million hectares of arable land with rich and diverse agroecology.

What should be done?

There has to be real awakening and collective mobilisation, because all signs point towards a disastrous food and nutritional situation for communities on the continent this year.

Another solution will be to increase intra-African trade as a way to increase the elasticity of the domestic and regional food markets to shocks.

All stakeholders would need to work together in providing long-term solutions rather than short-term responses to curb the effect of this hunger crisis.