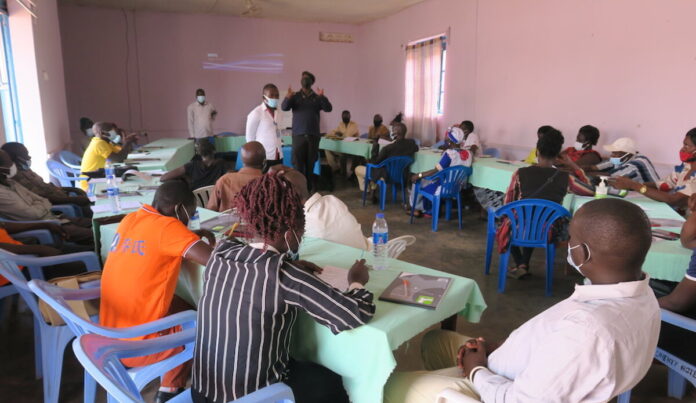 The United Nations (UN) Mission in South Sudan (UNMISS) has applauded recent steps taken by the South Sudanese government to pursue accountability and justice for survivors of sexual violence in Yei.

According to UNMISS, a general court martial that took place from 01 to 27 June, 2022, resulted in convictions of 21 individuals for serious crimes including murder, rape, and the rape of a minor committed in 2021 and 2022.

Five members of the South Sudan People’s Defence Forces (SSPDF) accused of rape were convicted, dismissed and stripped of their rank, sentenced to up to ten years of imprisonment, and required to pay compensation to survivors

The confirmation of the judgments is expected to quickly follow in accordance with the Sudan People’s Liberation Army Act.

‘We commend the authorities and the SSPDF for holding perpetrators accountable for the horrific crimes committed’, the Special Representative of the Secretary-General for South Sudan, Nicholas Haysom, said in a press statement.

‘The community played an essential role, as they demanded that these cases be investigated and adjudicated.

‘We must ensure that survivors get the help they need, are treated with compassion and respect, and are not further traumatised’.

UNMISS said it provided funding for survivors and witnesses to receive counselling before and after the trial, as well as interpretation and logistics assistance such as transportation through the Yei River Women’s Association. Survivors were also assigned a dedicated support person during the proceedings.

Data from the United Nations Children’s Emergency Fund (UNICEF) shows that gender-based violence (GBV) is one of the most critical threats to the protection and well-being of women and children in South Sudan.

A study by the International Rescue Committee (IRC) also revealed that violence against women and girls is pervasive and that up to 65 percent of women had experienced either sexual or physical violence in their lifetime.

A brutal civil war, which has resulted in the death of nearly 400,000 people and displacement of millions in Africa’s youngest nation, has worsened GBV cases in the country.