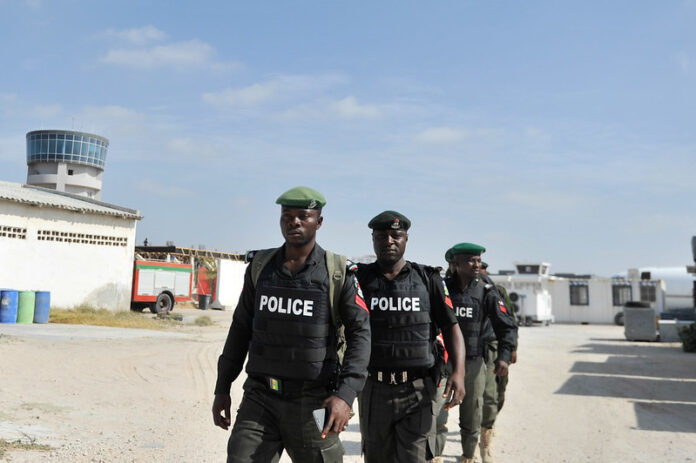 The Media Rights Agenda (MRA) has called on the government of Nigeria to call the police to order following the raid on the head office of Peoples Gazette (PG) in the Federal Capital Territory (FCT), Abuja.

MRA accused the police of becoming a tool in the hands of rich or powerful individuals and entities for harassing journalists and media organisations.

It was gathered that police operatives from the Utako division arrested the online newspaper’s assistant managing editor and four other journalists.

The paper published a story on 23 June, 2022, detailing how the Independent Corrupt Practices Commission (ICPC) raided a property belonging to former Chief of Army Staff Tukur Buratai and recovered cash and luxury items.

MRA, in a statement to Development Diaries, urged law enforcement agencies and officials to focus their attention on addressing the more pressing state of insecurity in the country than chasing shadows.

‘We have observed in recent months a pattern of policemen raiding media organisations, arresting and detaining their staff or intimidating media professionals in various other ways under the guise of investigating complaints made against such media organisations by powerful individuals or entities’, MRA’s Programme Director, Ayode Longe, said in the statement.

‘We condemn this trend and state emphatically that it is not the duty of the police to protect the reputations of individuals or organisations or shield them from scrutiny, especially when the police are failing woefully in the performance of their primary function of ensuring the safety and security of all citizens’.

Police Public Relations Officer, DSP Josephine Adeh, however told newsmen that journalists and staff members of the newspaper were only invited for questioning, following a complaint by Buratai.

‘Someone had written a petition accusing the newspaper of defamation of character. The newspaper was accused of defaming the character of the former Chief of Army Staff, Tukur Buratai. However, we got a warrant from the court to invite them for questioning’, Adeh said.

‘We have no malicious intent for inviting them. Our officers went to Peoples Gazette office this morning to invite them to come give a statement in response to the petition at the Utako police station’.

Speaking on the matter, the Managing Editor of PG, Samuel Ogundipe, said the President Muhammadu Buhari administration was leaving a legacy of media and civic restrictions in the country.

‘Muhammadu Buhari may cry about what and what shouldn’t be his legacy, but this unwarranted onslaught on our journalists today, one of many we have suffered since we launched PG in September 2020, will forever live in infamy for his despotic regime’, the online newspaper quoted Ogundipe as saying.

Nigeria is one of West Africa’s most dangerous and difficult countries for journalists, according to the 2021 World Press Freedom Index report by Reporters Without Borders (RSF).