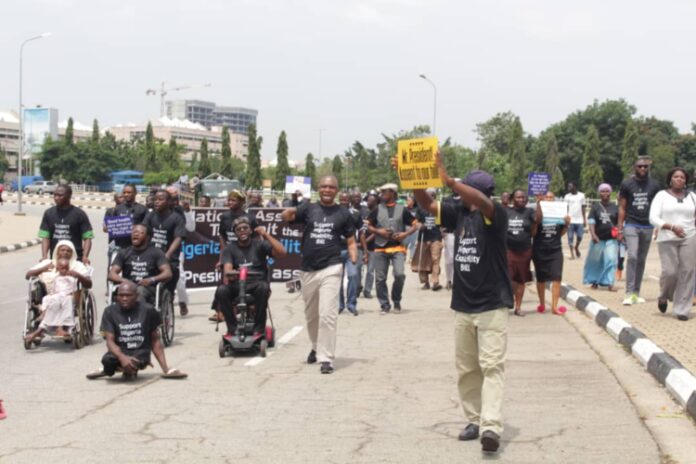 The Centre for Citizens with Disability (CCD) has called on the Independent National Electoral Commission (INEC) to ensure the availability of assistive resources at polling units for people with disabilities (PWDs) to vote at the 2022 Osun governorship election.

The 2022 Electoral act mandates the electoral umpire to ensure that PWDs are afforded all the help and comfortability measures needed to ensure that they cast their ballot without any impediment or harassment.

‘The commission shall take reasonable steps to ensure that persons with disability, special needs and vulnerable persons are assisted at the polling place by the provision of suitable means of communication such as braille, large embossed print, electronic devices, sign language interpretation or offsite voting in appropriate cases’, section 54(2) of the electoral act says.

Based on INEC schedule, registered voters in the state are expected to go to the polls on 16 July to elect their governor for another four years.

In its latest pre-election assessment of INEC’s preparations for PWDs in Osun, CCD said PWDs cluster members complained that the impact of disability laws are still not felt as they still face discrimination.

CCD also said 72 percent of PWDs respondents in its survey indicated that they were concerned about their safety and security for the election due to the severe insecurity bedeviling the country, including the recent attack in neighbouring Owo, Ondo State.

‘CCD calls on the Osun State government to sign the National Disability law and on INEC this is to reduce the application of charity based approach in addressing disability issues’, CCD said in a statement to Development Diaries.

It also called on the state government to take bold steps to improve on accessibility of polling units for PWDs in the state for all PWDs, particularly for those on wheelchairs and crutches, as majority of facilities used for elections are state-owned.

‘CCD calls on INEC to take bold steps to improve on accessibility of polling units for PWDs in Osun State, in particular, for those with physical challenges. This could be achieved through siting of polling units in accessible environments’, the statement added.