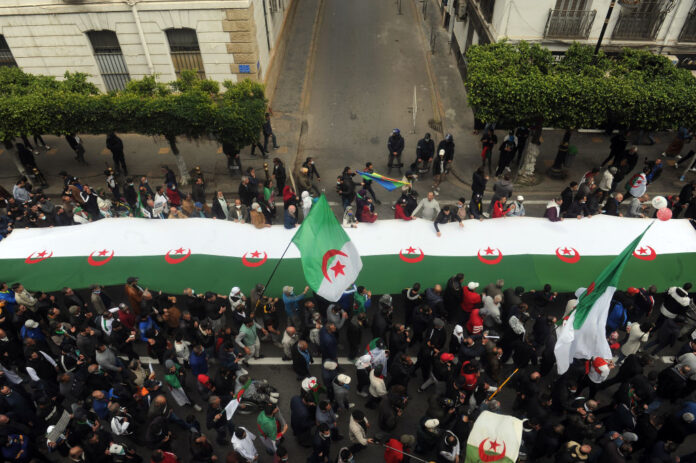 Amnesty International (AI) has called on Algeria to immediately release at least 266 activists and protesters arrested for participating in the Hirak protest.

The Hirak Movement began in February 2019 after President Abdelaziz Bouteflika announced his candidacy for a fifth presidential term. Protesters marched every Friday until Bouteflika resigned in April that year.

Amnesty noted that after the Hirak protest was halted due to Covid-19 in 2020, the Algerian authorities escalated their repression of peaceful dissent to also target several Algerian individuals residing abroad or seeking refuge overseas.

According to AI, many protesters are being held in pretrial detention for excessively long periods of time, others have been handed sentences of up to five years on overly broad, trumped-up charges such as ‘harming’ national security, undermining national unity, ‘offending’ public officials, inciting unarmed gatherings, spreading fake news, and terrorism.

‘Sixty years after Algeria was recognised as an independent nation, basic freedoms and human rights are still being overlooked, trampled upon or actively curtailed’, AI’s Deputy Director for North Africa, Amna Guellali, said in a statement as the country prepares to celebrate 60 years of independence on 05 July.

‘The unjustified detention of activists and protestors must end. It is shameful that the Algerian authorities continue the use of overly broad and repressive laws to prosecute individuals solely for peacefully exercising their rights to freedom of expression and assembly’.

Freedom House also rated Algeria ‘not free’ in its 2022 Freedom in the World report of political rights and civil liberties, with the Maghreb country earning 32 points out of a possible 100.