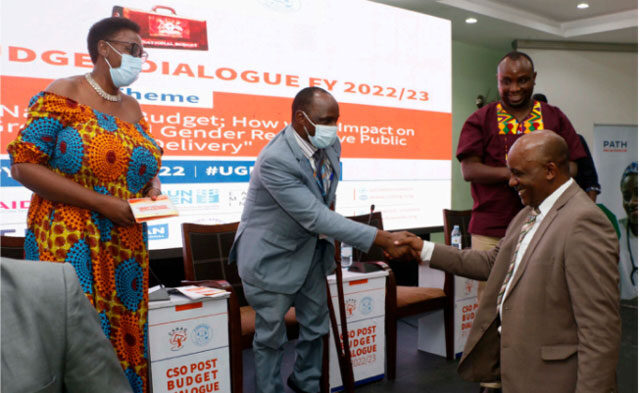 The Executive Director of Civil Society Budget Advocacy Group (CSBAG), Julius Mukunda, has called on the government of Uganda to implement domestic revenue mobilisation strategies in order to widen the country’s narrow tax base.

Mukunda, who was speaking at a post-budget event held in Kampala, urged the government to explore untapped potential revenue sources, such as the digital economy, and strengthen tax systems and administration in the East African country.

He advised the government authorities to also cut down on consumptive expenditures in the budget and prioritise allocations towards development budgets.

‘We are not adjusting to the new normal of reducing on consumptive budget expenditures and living in denial. It is our appeal that 70 percent of the budget is allocated towards development expenditures’, Mukunda said.

Mukunda also urged Ugandan authorities to manage the country’s growing debt so as not to compromise service delivery.

He said, ‘Government needs to put in place a mechanism for managing low and non-performing projects through enacting a legal framework on public investments management’.

A 2020 report by Oxfam International noted that Uganda tax system was skewed in favour of the wealthiest, with the government focused too much on collecting taxes from poor and ‘average’ citizens, rather than ensuring that the richest also pay their fair share.

The report added that the regressive tax regime had exacerbated economic inequality by failing to redistribute economic resources effectively, as well as failing to raise sufficient domestic finance to invest in public services.

The International Monetary Fund (IMF) Deputy Managing Director, Antoinette Sayeh, had advised policymakers in Africa to expand the fiscal space in their countries if rising public debt vulnerabilities is to be managed.