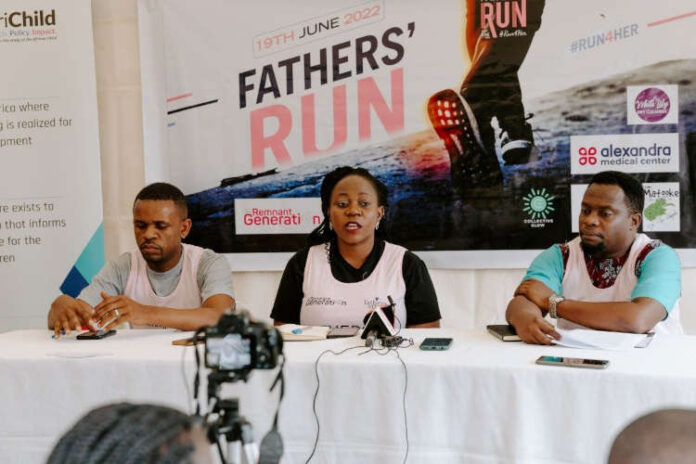 Remnant Generation, Africhild Centre and Fathers Arise have launched the ‘Father’s Run Fundraiser’ to support adolescent mothers during and after pregnancy in Uganda.

According to the organisations, funds from the fundraiser will be used to procure medicines and equipment for the antenatal unit accessible to teenage mothers.

The nonprofits said they were targeting over 1,000 runners but only 600 have confirmed their participation in the race.

It is understood that the fundraiser is expected to raise over USh150 million to support over 1,000 teenage mothers and their babies in four districts.

‘We have to engage men because for every pregnancy case there is a man (father). Fatherhood, we believe, starts at conception. We ask ourselves: we work with the mothers, were are the fathers?’ Chimreports quoted the Executive Director of Remnant Generation, Annabel Nakabiri Ssebakijje, as saying.

‘High rates of sexual abuse have a very big contribution to teenage pregnancies although some girls also engage in sexual affairs at an early age.

‘We have met girls who come from villages looking for employment being sexually abused at the age of 13 to 16 years of age’.

Data from Uganda Ministry of Health shows that 25 percent of Ugandan teenagers become pregnant at the age of 19 but majority of them do not have access to reproductive health care and some succumb to complications sustained in delivery of unsafe abortions.

Figures from the United Nations Children’s Emergency Fund (UNICEF) shows that Uganda has one of the world’s highest maternal mortality rates, with 18 mothers dying every day in pregnancy or during and after childbirth.

According to a 2021 Ugandan police report on crime, 4,961 cases of child neglect were reported in Uganda.

In its 2021 Protecting children during the Covid-19 crisis and beyond report, Joining Forces for Africa (JOFA) revealed that more than eight million children are vulnerable to violence in Uganda.