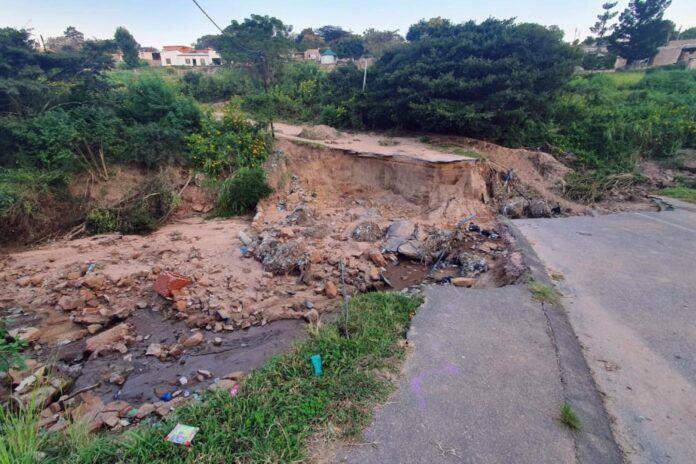 Severe flooding and landslides caused by heavy rainfall hit the KwaZulu-Natal province between 08 and 11 April, 2022, claiming more than 430 lives, displacing over 40,000 people, with another 40,000 people still missing.

Development Diaries gathered that aside from the multi-purpose cash grants, UNICEF and its implementing partner, RSS, were also providing psychosocial intervention to help the survivors deal with trauma.

‘The money meant that I could at least buy oil, rice and pap. I had to save my life over the things I have’, UNICEF quoted one of the beneficiaries, Honeyck Kandayah, as saying.

‘The water came so fast, we just had to run. I [have] lost all my documents and now I [have] also lost my job because my company was also damaged by the floods and had to let some of us go’.

Another beneficiary, Lungelo Sogoni, is also quoted, ‘[It has] been really tough. Everything has been damaged. We [have not] had water to drink and what was left behind is covered in mud.

‘Water flooded in through the door here, so we had to break the small window in our bedroom to escape and go to our neighbours [who are] further down from here’.

The Director of RSS, Yasmeen Rajah, noted that the cash grants were not disbursed through the e-wallet system because a lot of the beneficiaries lost their phones and other belongings in the flood.

‘We had to quickly change direction to use physical vouchers to ensure that survivors received immediate assistance and could provide a meal for their children’, Rajah said.

Save the Children International has also been working in KwaZulu Natal, providing families with food vouchers, clothing, water and psychosocial support, and providing children with tablets and data so they can continue learning remotely while out of school.