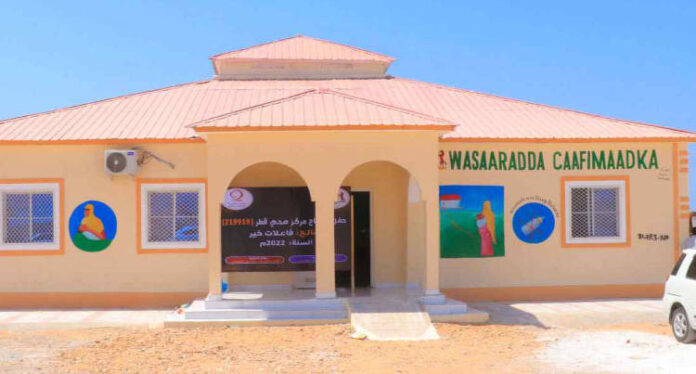 The Qatar Charity has opened a health centre in Bosaso, a city in Puntland State, Somalia.

The centre, according to the charity organisation, is expected to benefit more than 10,000 less-fortunate people in Bosaso and neighbouring areas.

‘The health services provided by the centre will contribute to improving the health standard, reducing the mortality rates of pregnant women and children under the age of five, and lowering the rate of infectious and endemic diseases’, a statement by the NGO read.

Somalia has some of the lowest health indicators in the world after three decades of civil war and instability weakened its health system.

Data from the World Health Organisation (WHO) shows that between 26 and 70 percent of Somalia’s 15 million people live in poverty, which has further contributed to their inability to afford adequate health care services.

Also, according to data from the United Nations Children’s Emergency Fund (UNICEF), Somalia has a mortality rate of 114.6 per 1,000 live births for children under the age five.

Speaking at the opening of the centre, the Undersecretary of the Puntland Ministry of Health in the Sharq Governorate, Sayeed Mohamed Warabi, commended Qatar Charity for actively contributing to the country’s health sector.

For his part, the Mayor of Bosaso, Abdul Ghani Ahmed Ismail, who was also present at the ceremony, thanked the NGO’s implementing partners, indicating that the area needed such a project as the nearest health centre is five kilometres away.

It is understood that the opening of the health centre came at a time when the health sector of Somalia was affected by drought, as the number of visits to health facilities doubled.

The Qatar Charity has now built health centres in Puntland State, Galmudug State, the South West State of Somalia, and the Banadir region.