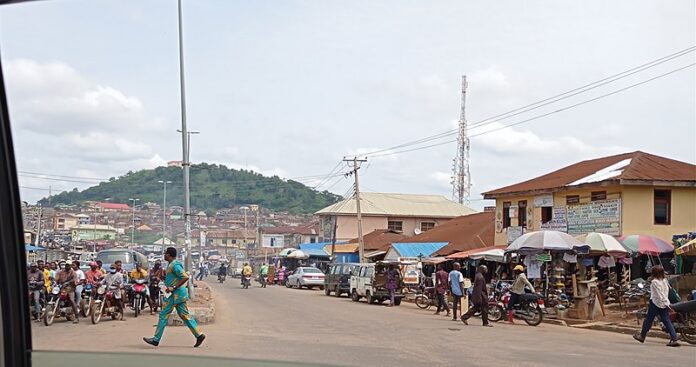 Prominent election monitoring group, Yiaga Africa, has raised concerns over the practice of vote buying as the people of Ekiti State, southwest Nigeria, gear up for the 2022 governorship election in the state.

The election is scheduled to hold on 18 June, 2022, across the 16 local government areas that make up the state.

‘We are worried that despite persistent campaigns against voter inducement, politicians have continued to prioritise vote trading over issue-based campaigns’, she said in Ado Ekiti, the Ekiti State capital.

‘Just like in the 2018 Ekiti governorship election, where mandates were presumed to be purchased rather than duly elected, this year’s election is shaping up to be a bigger money fiesta’.

‘The mock accreditation was conducted amidst poor publicity and a lack of information on the exercise by the INEC’, she added.

‘The low participation and the few numbers of 12 sampled locations may not have sufficiently provided an adequate assessment of the deployment of the BVAS’.

The organisation called on INEC to ‘ensure uniformity in its processes and consistency in the application of its guidelines across all polling units and LGAs in other to build confidence in the process’.

According to the organisation, it will use the Parallel Vote Tabulation (PVT) observation methodology for the Ekiti State governorship election.

The PVT, Development Diaries understands, is an advanced election observation methodology that employs statistical principles and information technology in providing timely information on conduct of elections.