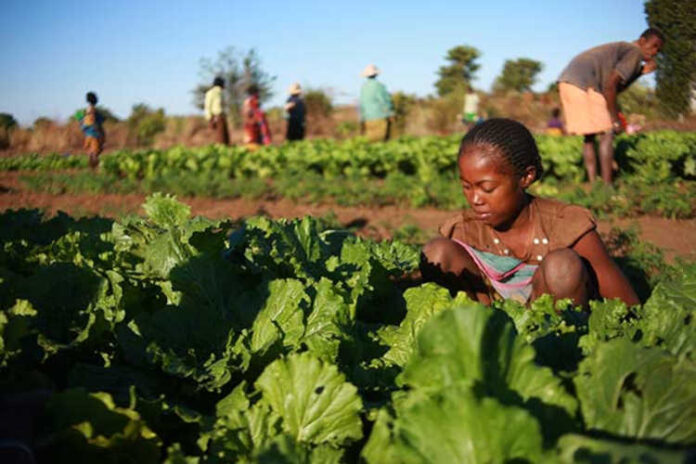 No fewer than 19.4 million people will face food insecurity across Nigeria between June and August 2022, a report by the Food and Agriculture Organisation has said.

The report was produced in collaboration with Nigeria’s Ministry of Agriculture and Rural Development and other stakeholders.

A focus on acute food and nutrition insecurity in the Sahel and West African region, the report said the food crisis will affect Nigerians in 21 states and the Federal Capital Territory (FCT), including 416,000 Internally Displaced Persons (IDPs).

The report identified insecurity as a key driver to the upcoming food crisis. Climate change is another challenge.

In Nigeria and several other parts of Africa, where the agricultural production system is predominantly dependent on rain, more than 60 percent of essential foods are produced from rain-fed agriculture. This leaves the agriculture sector very susceptible to climate change.

Flooding, droughts, erosion, off season rains amongst others are some of the effects of climate change which has the effect of unbalancing the agriculture growing season of a country that is dependent on rain-fed agriculture.

A 2022 report by the Foundation for Environmental Rights, Advocacy and Development (FENRAD) shows that climate change is reducing crop yields, the nutritional quality of major cereals, and lowering livestock productivity in Nigeria.

Due to the desertification and water depletion in the northern part of Nigeria, nomadic herdsmen are now shifting towards the south of the country in search of grazing fields and water for their animals, resulting in violent conflict with crop farmers in the south.

The Sahara desert is advancing southward at an alarming rate of 0.6km per year. Consequently, Nigeria loses about 350,000 hectares of land to desertification, maiming arable land and displacing thousands of people in villages across 11 states in the north of the country.

According to FAO, climate change is likely to cause significant crop yield losses, thereby adversely affecting smallholder livelihoods in Africa.

In its 2022 report on Community Women Solution for Local Community Farmers, FENRAD indicated the need for climate-smart agriculture (CSA) practices, which could see to the reduction of greenhouse gas emissions and their negative effects on agricultural productivity in Nigeria.

A coalition of civil society organisations (CSOs), including Climate and Sustainable Development Network (CSDevNet), had also called on the Nigerian government to scale climate change adaptation measures and enshrine CSA in Nigeria’s Nationally Determined Contributions (NDC) to the Paris Agreement.

Implementation of the Great Green Wall (GGW), set up as a climate adaptation measure across 20 other countries along the Sahel, has since stalled in Nigeria, data from a civic organisation, AdvoKC, shows.

Therefore, the Nigerian government, through the Ministry of Agriculture, should scale up climate adaptation and mitigation measures in the agriculture sector, including CSA.

Authorities in the country should also develop policies to combat climate change and its effects in Nigeria, including showing commitment and political will towards achieving the GGW target by 2030.