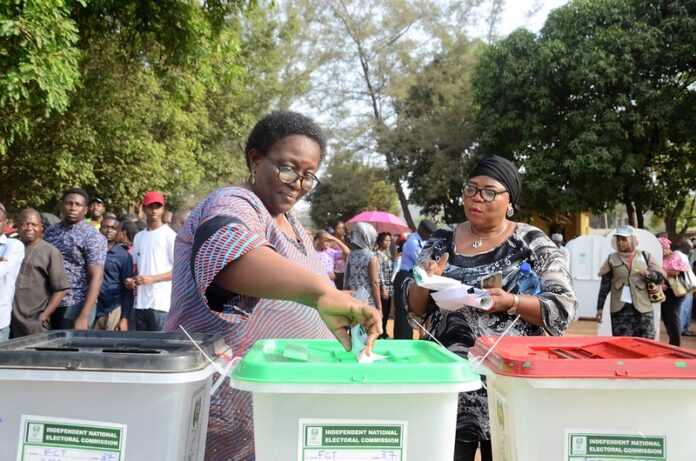 Socio-Economic Rights and Accountability Project (SERAP) and 185 concerned Nigerians have asked the Federal High Court in Lagos to compel the Independent National Electoral Commission (INEC) to extend the deadline for voter registration.

According to INEC, extending the deadline for permanent voter card (PVC) registration would disrupt other scheduled activities on its timetable for the 2023 general election.

However, in a suit filed on 03 June, 2022, SERAP is asking the court for ‘a declaration that the failure of INEC to extend the deadline for voter registration is a violation of eligible Nigerians’ rights to participate freely in their own government, equality and equal protection’.

The suit FHC/L/CS/1034/2022 was filed one week after INEC, against its earlier stance, extended the deadline for the conduct of primaries by political parties by six days.

‘The idea is to simply give parties time to compile the list and personal particulars of their nominated candidates before uploading the same to the INEC Candidates Nomination Portal from [tenth]–[17] June, 2022’, a statement from INEC read.

But SERAP, in the suit, argued, ‘Enforcing unrealistic voter registration deadline while extending the deadline for party primaries would deny and abridge the constitutional and international human rights of eligible voters’.

SERAP is asking the court to determine ‘whether the failure of INEC to extend the deadline for voter registration is not a violation of Nigerian constitution 1999 [as amended], the Electoral Act, and international standards’.

SERAP is also asking the court for ‘an order of mandamus to direct and compel INEC to extend voter registration by a minimum of three months and take effective measures to ensure that eligible Nigerians are able to register to exercise their right to vote in the 2023 general elections’.

The civil society organisation (CSO) noted that INEC’s mandates ought to be exercised in a fair, just and non-discriminatory manner, adding that the extension of voter registration would ensure that Nigerian voters are treated equally and fairly.