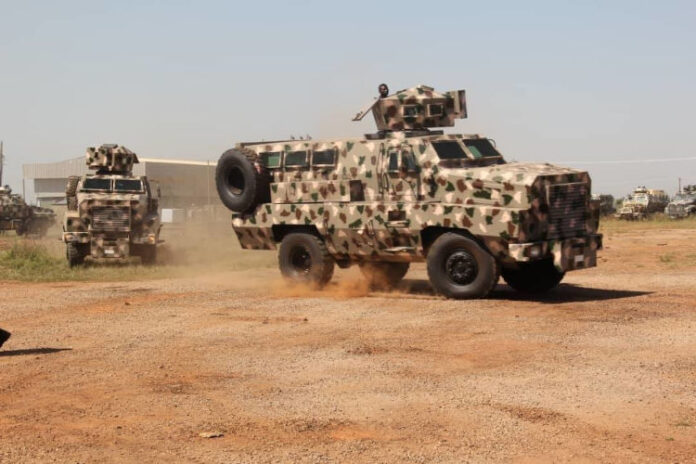 The diversion of security funds in Nigeria has cast a cloud over the country’s response to security challenges.

Operatives of the Independent Corrupt Practices and Other Related Offences Commission (ICPC) recently raided the Abuja home of a military contractor and seized N175,706,500; $220,965; G-Wagon; 2022 editions of BMW and Mercedes Benz cars.

In a statement, ICPC said its operatives arrested the Managing Director of K Salam Construction Company Nigeria Limited, Kabiru Sallau, said to be the owner of the property.

‘The commission wishes to state that ICPC operatives raided a property in Wuse 2 of the Federal Capital Territory, Abuja, on Thursday, June 16, 2022, between 5:00 pm and 12:00 am in suspicion of money laundering’, ICPC said in a statement.

‘Facts available for the time being indicate that the property is owned by the owner of K Salam Construction Company, a military contractor’.

This is happening at a time that insecurity has intensified and spread in the country, affecting virtually all parts of Africa’s most populous nation.

According to the Executive Director of Civil Society Legislative Advocacy Centre (CISLAC), Auwal Musa Rafsanjani, the diversion of defence and security funds to private pockets through procurement process constituted a serious threat to Nigeria’s defence and security sector.

‘We, without doubt, observed that the ongoing exposure is not unconnected to other entrenched symptoms of unquantified level of systemic corruption dominating defence procurement’, he said in a statement.

‘This is also seen in spending like unaccounted funds as approved for the procurement of weapons and frequent denial by successive security chiefs of the existence of weapons’.

The diversion of funds meant for the country’s security has left security operatives ill-equipped, poorly-remunerated and demoralised.

In his 2022 Democracy Day message to Nigerians, the president said his government was working ‘hard’ to contain and address the country’s security challenges.

‘I know many of us are concerned with the rise in insecurity due to terrorist activities in parts of the country. As a government, we are working hard to contain and address these challenges’, the Nigerian leader said on 12 June.

One of the ways that Nigeria can effectively address insecurity is to ensure transparency and accountability in defence spending.

President Buhari should ensure that all reported high profile cases are accorded urgent priority to discourage corrupt practices in the country.