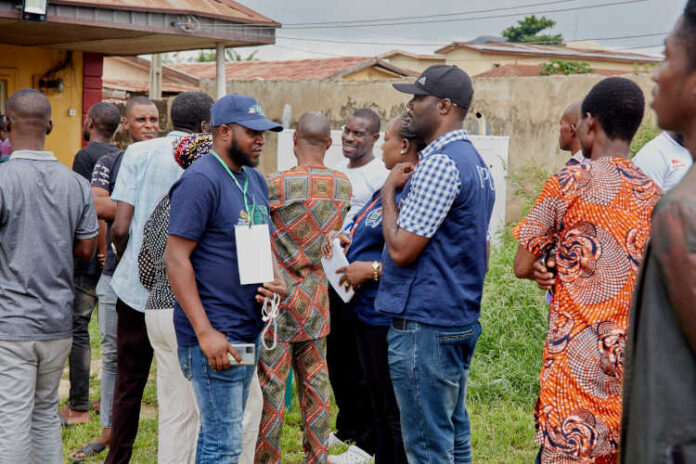 The election observer group, in a process and results verification report on the 2022 Ekiti State governorship election, commended the electorate in Ekiti State, southwest Nigeria, for their resilience and commitment to a non-violent election.

In the report, Yiaga Africa said that the official results released by the Independent National Electoral Commission (INEC) for the June 18 election reflect the votes cast at the polling units.

INEC declared the candidate of the All Progressives Congress (APC), Abiodun Abayomi Oyebanji, winner of the election that was marred by vote buying.

Oyebanji won 15 out of the 16 local government areas that make up the state, polling a total of 187,057 votes to defeat his two closest challengers – Segun Oni of the Social Democratic Party (SDP) and Bisi Kolawole of the People’s Democratic Party (PDP).

The SDP candidate polled 82,211 votes while the PDP candidate finished third with 67,457 votes.

‘It is important to highlight that the counting process at polling units was transparent and included representatives from the four political parties that received the most votes’.

Yiaga Africa also said INEC’s turnout result and rejected ballots for the 16 LGAs released are consistent with its estimates.

Yiaga Africa called on INEC to uphold the principles of transparency by publishing the total number of PVCs collected in Ekiti on its website.

The civil society organisation (CSO) also called on the electoral umpire to audit the newly created polling units and ensure equitable distribution of voters to the polling units.

‘We commend the Economic and Financial Crimes Commission (EFCC) for the arrest of mercenaries deployed by political parties to buy votes’, the report added.

The CSO urged the EFCC and security agencies to investigate and prosecute all citizens involved in electoral fraud, especially those involved in vote trading.