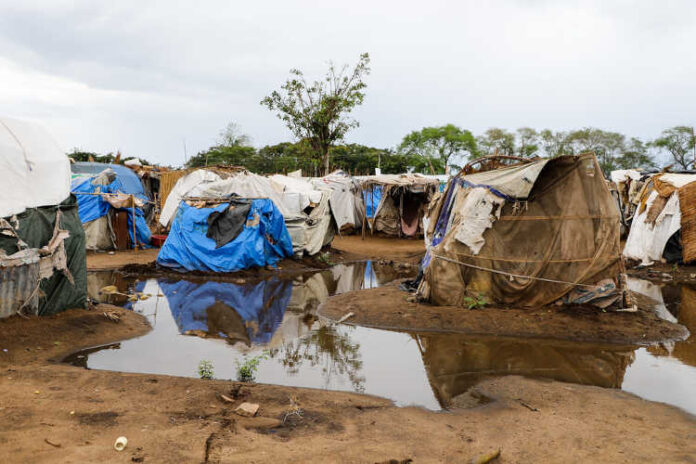 The Norwegian Refugee Council (NRC) has urged citizens of mostly African countries to hold their governments and politicians to account against aid commitments and policy pledges.

The report, titled, The World’s Most Neglected Displacement Crises 2021, is based on lack of funding, lack of media attention, and lack of international political and diplomatic initiatives.

‘Hold your government and politicians to account against aid commitments and policy pledges by writing letters, signing petitions and submitting questions to national parliaments’, NRC advised.

The Democratic Republic of the Congo (DRC) is the most neglected country on the list for the second year running.

‘DRC has become a textbook example of neglect’, Secretary-General of NRC, Jan Egeland, said in a statement marking the report’s launch.

‘It is one of the worst humanitarian crises of this century, yet those inside and outside of Africa with power to create change are closing their eyes to the waves of brutal and targeted attacks on civilians that shatter communities’, she added.

It is understood that some 5.5 million people were internally displaced in the country in 2021 because of intercommunal tension and conflict.

According to the report, a further one million people fled to neighbouring countries. Having to flee their homes leaves people at risk of starvation and children without education.

‘I [can not] plan for my children’s future, there is nothing beyond finding food each day’, the report quoted a 37-year-old mother in northeastern Ituri province as saying.

Five of her family members, it was gathered, were killed in a massacre and her house was burnt to the ground.

‘The world [does not] know how we suffer here’, she added.

The annual ranking highlighted the plight of people who receive no or only inadequate assistance and whose suffering rarely makes international headlines.

Burkina Faso is facing a surge in jihadi-linked violence, which has driven tens of thousands of people out of their homes. Despite this, international funding for the humanitarian response was ‘less than half of the total needed’ for 2021, according to the report.

‘The lack of media attention towards these neglected crises is compounded by the strict restrictions on freedom of the press in several of the countries on the list’, the report read.

In Nigeria, for instance, although Section 22 of the country’s constitution protects freedom of expression and opinion, there are many laws that make it possible to obstruct the work of journalists in the country.

Journalists, social media influencers and activists who express any divergent views or question government policies appear most at risk.

The NRC analysis also singled out the war in Ukraine, arguing that it is possible for governments, private firms and international media to react swiftly to a humanitarian crisis.

‘The war in Ukraine has demonstrated the immense gap between what is possible when the international community rallies behind a crisis, and the daily reality for millions of people suffering in silence within these crises on the African continent that the world has chosen to ignore’, Egeland said.

The humanitarian organisation called on the United Nations Security Council (UNSC) and member states to Ensure that neglected or protracted crises across Africa are given adequate attention by the UNSC and relevant bodies.

‘To help avoid the normalisation of neglected or protracted crises, consider establishing a “Group of Friends” of neglected contexts, championed by one or several UNSC members’, it noted.

‘This group can push for the appointment of Secretary-General Special Envoys,
recurring high-level pledging events, accountability mechanisms, and other initiatives as needed’.

The organisation, among other recommendations, also called for investment in quality journalism to ensure effective reporting of underreported crises.