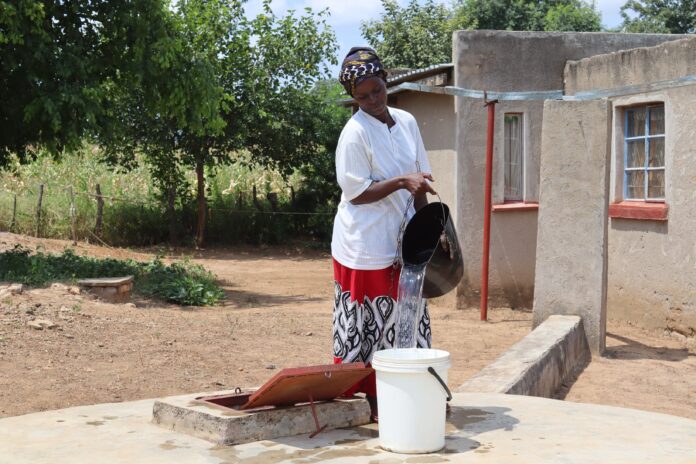 Cooperative for Assistance and Relief Everywhere (CARE) says it has rehabilitated 283 boreholes and drilled 31 new ones to increase access to water in Mwenezi and Chiredzi districts in Zimbabwe.

The intervention, which was carried out under the ECRAS project, also saw the establishment of three dams and 41 solar-powered water schemes and boreholes in the two districts.

The ECRAS project, it is understood, is funded by the Zimbabwe Resilience Building Fund (ZRBF) and implemented by CARE Zimbabwe, Plan International Zimbabwe and the International Crops Research Institute for Semi Arid Tropics (ICRISAT).

‘Under the [ZRBF] ECRAS project, 283 boreholes were rehabilitated while 31 were drilled, 41 solar pumped boreholes [and] solar-powered pipe water schemes [and] three dams were established in Mwenezi and Chiredzi districts in partnership with [Plan Zimbabwe], [ICRISAT]’, CARE Zimbabwe said in a tweet.

‘It is the dry season in Mwenezi district, semi-arid agro-ecological region five. However, communities which benefitted from water technologies, including water harvesting structures, solar boreholes and weir dams under [ZRBF], have water for consumption and production’.

CARE had reported that 67 percent of people in rural Zimbabwe do not have access to safe drinking water.

Also, according to the United Nations Children’s Emergency Fund (UNICEF), although access to clean water is a basic right, it can be one of the hardest resources to use in Zimbabwe.

In their recent study, WaterAid and the British Geological Survey (BGS) called for investment in better mapping and monitoring of the earth’s subsurface to determine the availability of good-quality groundwater.

They made the call after their study found that groundwater in sub-Saharan Africa is largely underused, leaving millions of people at zero access to safe and clean drinking water to meet their daily needs.

The ECRAS project is in line with the United Nations Sustainable Development Goals (SDGs) six, which aims to ensure availability and sustainable management of water and sanitation for all.