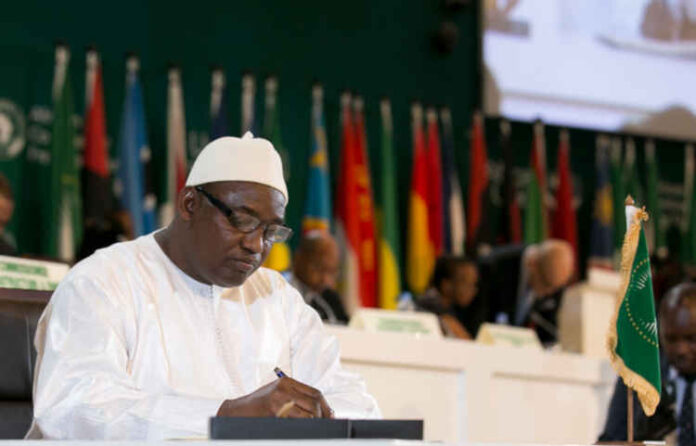 Civil society actors in The Gambia have maintained that citizens have an inherent right to criticise their government and that right must be protected.

They were reacting to President Adama Barrow’s recent claims that some people, including human rights defender, Madi Jobarteh, ‘want to burn the country’.

President Barrow made the claim during his traditional meeting with Banjul Muslim elders at state house in Banjul.

However, the Chairman of Civil Society Organisations (CSOs) in the country, John Charles Njie, faulted Barrow’s remarks, calling it an ‘insult’.

‘The president roping in civil society in his statement reminds us vividly of the days of dictatorship during which we, civil society, were branded enemies of the state and the nation’s development’, he said.

‘Civil society has not forgotten and that is why we come today; to the home of NGOs and CSOs, TNAGO, to demonstrate our distaste at such remarks, unbecoming of a statesman.

‘We come to remind our leaders that ‘the horse has already bolted from the stable. Gambians are not going back to the days of tyranny. Never again’.

In The Gambia, laws restricting freedom of assembly and freedom of expression are still in force despite the commitment from the authorities to uphold human rights.

Section Five of the Public Order Act requiring permission from the police to protest remains in force and has been used to restrict public gatherings.