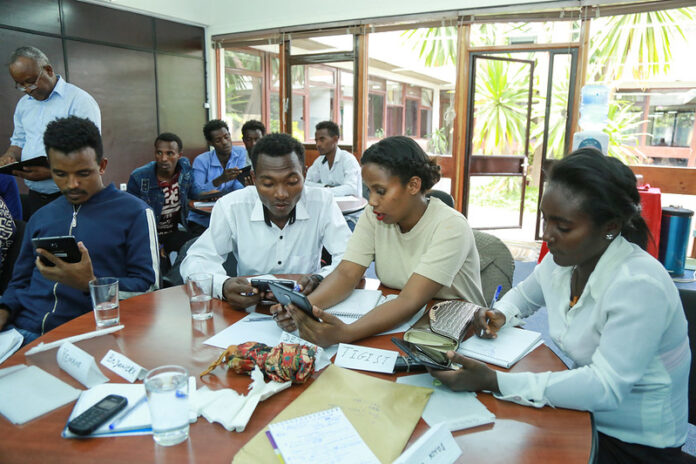 Nigeria remains one of West Africa’s most dangerous and difficult countries for journalists, according to the 2022 World Press Freedom Index report by Reporters without Borders (RSF).

Africa’s most populous country is ranked 129th out of 180 countries in RSF’s latest press freedom index. Nigeria ranked 120th in 2021.

According to the ranking, journalists in the country are often watched, attacked, arbitrarily arrested and even killed.

‘In 2021, the Peoples Gazette news site was blocked after it revealed that privileges were given to the son of a member of the president’s inner circle’, the report read.

‘Twitter was suspended for seven months after it deleted one of the president’s tweets. Media outlets were ordered to delete their Twitter accounts as a “patriotic gesture” ‘.

Since 2019, according to RSF, three Nigerian journalists have been killed with complete impunity while covering street demonstrations.

In January 2021, Development Diaries reported concerns over the safety of investigative journalist and editor of Next Edition, Ibanga Isine.

The International Press Centre (IPC) raised the concerns after Isine, who had covered conflicts in southern Kaduna, northwest Nigeria, said he received threat messages over his reporting.

In March 2021, the Governor of Kano State, Abdullahi Ganduje, said in an interview with the BBC’s Hausa-language service that he planned to ‘deal with’ journalists who produced a 2018 series of videos published by Daily Nigerian, which alleged that he had received bribes.

Although Section 22 of Nigeria’s constitution protects freedom of expression and opinion, there are many laws that make it possible to obstruct the work of journalists in the country.

Meanwhile, the Nigerian Guild of Editors (NGE) has raised concerns over the rising spate of attacks on journalists by ‘overzealous security agents’.

In a statement marking the 2022 Press Freedom Day, the professional group also said while the threat to press freedom in Nigeria is real, the impact on the state of democracy in the country will be very dangerous, if not checked.

‘We need to remind governments at all levels in Nigeria that a free and independent media that can keep the people informed and hold leaders accountable is essential for a strong and sustainable democracy, including free and fair elections’, the statement read.

‘Without it, Nigerians cannot make informed decisions about how they are governed; and address human rights abuses, corruption and abuse of power’.

Also, a civil nonprofit, Social Good Lagos, has called on the government of Nigeria to do more to protect journalists and press freedom in the country.

‘Journalists today face ever-increasing threats while working abroad as well as at home from first-world countries like Poland, Hungary, Brazil and India to nations with higher poverty rates such as Nigeria where journalists are often left unprotected in their line of duty; forced to navigate unsafe terrains while doing their job which oftentimes results in death threats against them or family members for reporting on sensitive stories that question government activities’, Social Good Lagos said in a statement.

The group also called on civil society organisations (CSOs) and active citizens to also scale efforts in their capacity to ensure press freedom and protect journalists in Nigeria.