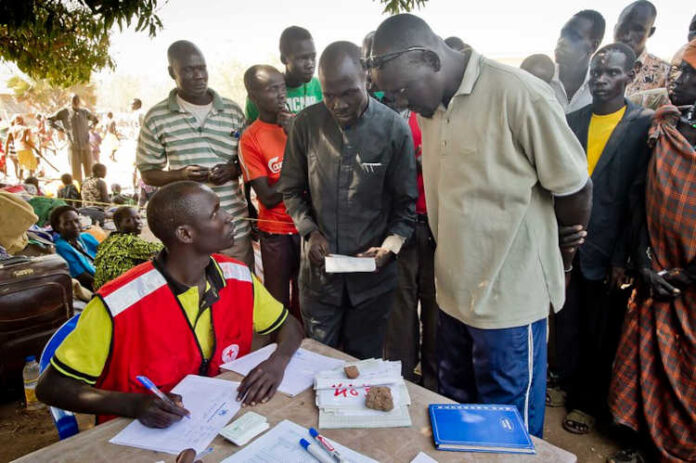 The United Nations High Commissioner for Refugees (UNHCR) has raised concerns over the recent influx of refugees arriving Niger from neighbouring countries.

The UN agency, in a statement, said Niger had registered 36,000 new arrivals from Nigeria, Mali and Burkina Faso between January and mid-April 2022 alone due to the worsening security situations in the area.

According to the UNHCR, the humanitarian situation in Niger could become critical in the coming months if immediate actions are not taken to address the growing number of refugees in the country.

‘I am afraid that we will be getting regular influxes into Niger for as long as there is trouble in the countries surrounding us’, UNHCR’s Representative in Niger, Emmanuel Gignac, said in the statement.

‘It is imperative that we, as UNHCR, and our partners develop and maintain a very strong emergency response capacity’.

It is understood that the new arrivals from Mali are fleeing fighting between the Etat Islamique au Grand Sahara and the Mouvement pour le Salut de l’Azawad in the Gao and Menaka regions.

Nigerian refugees are fleeing increased looting, expropriation of property, assault and kidnapping by armed bandits in the northwestern states of Katsina and Sokoto, while displacement from Burkina Faso is caused by ongoing and spreading
insecurity.

The current figures of displaced persons in Niger are estimated to be around 580,000, including 360,000 refugees who are mostly women and children in need of shelter, food, water, non-food items and access to basic services such as health care and education.

Some refugee children are already struggling with acute malnutrition while adult members of their families struggle to feed them, and the fact that they are arriving and settling in some of Niger’s driest areas makes their situation even more precarious.

‘As much as we remain committed to delivering life-saving aid and working closely with the local authorities and host communities on the front lines of the response, stabilisation and development interventions must kick in early and quicker. As humanitarians, we are reaching our limits’, Gignac added.

Food prices have risen dramatically in Niger and the ongoing food security crisis triggered by a poor 2021 farming season is putting the already vulnerable refugees and local communities alike further at risk.