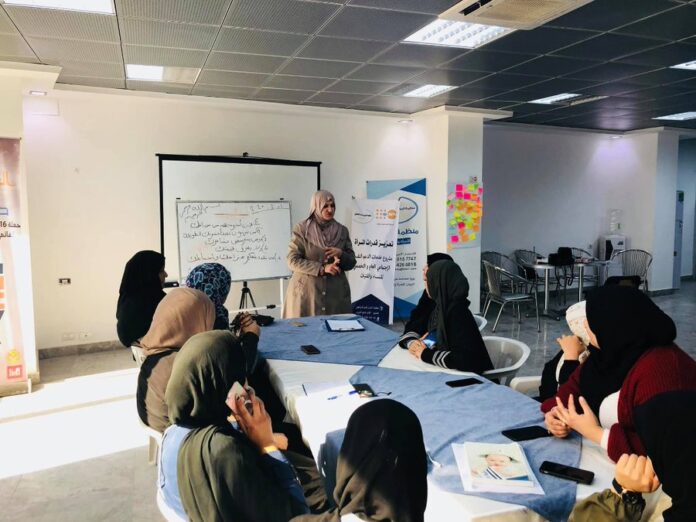 The United Nations Population Fund (UNFPA) says it has provided 21 women in Libya‘s  Tripoli, Sabha and Benghazi with livelihood training.

According to the UN agency, it also reached 101 women including, 20 migrants, with awareness on gender-based violence (GBV)-related topics.

It is understood that UNFPA distributed 35 dignity kits to the women at the end of the sessions.

Development Diaries also gathered that the project was made possible with financial support from the European Union (EU) and the government of Japan.

‘Last week UNFPA Women [and] Girls Safe Spaces in Tripoli, Sabha [and] Benghazi provided 21 women with livelihood training sessions [and] 101 women including 20 migrants with awareness sessions on GBV related topics [and] 35 dignity kits were distributed’, UNFPA said in a tweet.

UNFPA has established four women safe spaces in the East, West and South of Libya, where women and girls are learning livelihood skills and receive sensitisation messages on reproductive health and GBV.

These safe spaces, it is understood, provide remote and in-person services to women and girls through awareness on GBV–related topics along with livelihood and life skills training.

A 2019 joint protection rapid needs assessment conducted in Tripoli found the general lack of safe places, privacy, insecurity and harassment as the major safety concerns for women and girls in the North African country.

Data from the United Nations also shows that the Covid-19 pandemic only made GBV worse in the Maghreb nation.

A decade of violence that has undermined Mediterranean stability since the 2011 NATO-backed uprising against Libya’s President, Muammar Gaddafi, has not abated.

Security and GBV situation in Libya has further deteriorated as armed groups continue to clash in Tripoli and Benghazi.

The UN Women, in 2020, noted that conflict and gender-based discrimination has greatly limited women’s movement, negatively impacting their opportunities and access to essential services in the country.