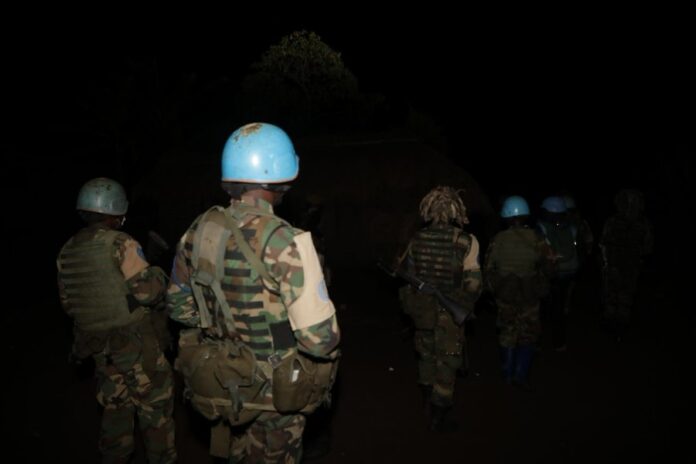 The United Nations (UN) has announced plans to posthumously honour the nearly 4,200 UN peacekeepers, including Africans, who have lost their lives since 1948.

The UN said its Secretary-General, António Guterres, will lay a wreath in honour of the fallen peacekeepers at the Peacekeepers Memorial Site on 26 March, 2022, in commemoration of the International Day of UN Peacekeepers.

Development Diaries gathered that among the peacekeepers to be honoured are three from Malawi – Mcdonald Kufa Kangoni, private Chitenji Kamanga, and corporal Maxwell Nyirenda – who served with the UN stabilisation mission in the Democratic Republic of the Congo (MONUSCO).

The Captain Mbaye Diagne Medal for Exceptional Courage, it is understood, will be posthumously awarded to Captain Abdelrazakh Hamit Bahar of Chad, who served with the United Nations Integrated Multidimensional Stabilization Mission in Mali (MINUSMA).

According to the UN, the 2021 Military Gender Advocate of the Year Award will also be awarded to Major Winnet Zharare, a Zimbabwean military observer, who served with the UN Mission in South Sudan.

‘Today, we honour the more than one million women and men who have served as UN peacekeepers since 1948. We pay tribute to the nearly 4,200 heroes and heroines who sacrificed their lives in the cause of peace’, Guterres said in a statement.

‘And we are reminded of an age-old truth: peace can never be taken for granted. Peace is the prize. We are deeply grateful to the 87,000 civilian, police and military personnel now serving under the UN flag who are helping to realize the prize of peace worldwide.

‘Around the globe, UN peacekeepers work with member states, civil society, humanitarians, the media, the communities they serve and many others, to foster peace, protect civilians, promote human rights and the rule of law, and improve the lives of millions of people’.

The International Day of UN Peacekeepers was established by the General Assembly in 2002 to pay tribute to all men and women serving in peacekeeping, and to honour the memory of those who have lost their lives in the cause of peace.