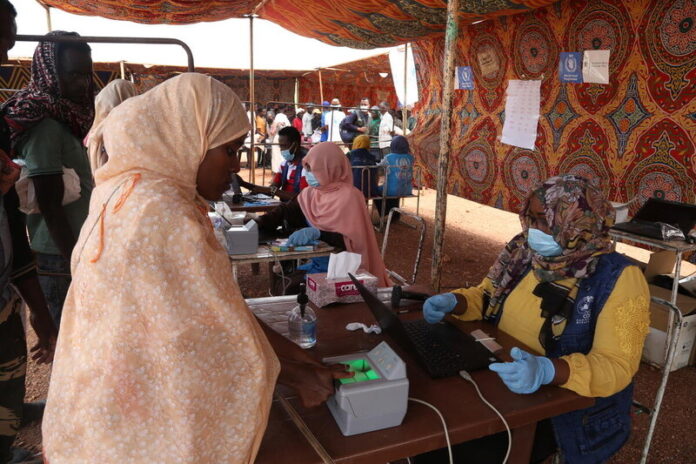 The World Food Programme (WFP) says it requires U.S.$226.5 million to provide full rations for refugees across East Africa from April to September 2022.

WFP and the United Nations High Commissioner for Refugees (UNHCR) said in a statement that millions of displaced families across the region need urgent assistance due to the spiraling costs of food and fuel in the region.

According to them, humanitarian resources have been stretched to the limit as the world grapples with a ‘toxic cocktail’ of conflict, climate shocks, and Covid-19.

They also noted that in the past decade, the number of refugees in East Africa has nearly tripled.

‘The unfortunate reality is that eastern Africa is confronted with a year of unprecedented humanitarian needs, driven by severe climate shocks, ongoing conflict and instability, and surging food and fuel prices’, WFP’s Regional Director for Eastern Africa, Michael Dunford, said.

‘The growth in needs here mirrors what we see happening around the globe and we implore the world not to turn its back on this region and, in particular, the extremely vulnerable communities of refugees who have limited access to livelihoods and rely on WFP to survive’.

Kenya hosts nearly 547,000 refugees; Rwanda is home to some 122,000 them; while South Sudan, one of the poorest and most conflict-impacted countries in the region, is also host to almost 340,000 displaced persons.

‘Refugees and internally displaced people are at the centre of the food ration cuts, compounding a desperate situation for millions of people uprooted from their homes and often relying on aid to survive’, UNHCR’s Regional Bureau Director for the East, Horn of Africa and the Great Lakes, Clementine Nkweta-Salami, said.

‘More and more children below the age of five years are experiencing high levels of stunting and wasting, as they lack the nutrients to grow and develop.

‘Families do not know where their next meal will come from and are taking on huge debt, selling off what they can, or sending their children to work. The risk of domestic violence is rising. Getting people out of harm’s way and shielding them from serious protection risks also requires that their food needs are adequately addressed’.