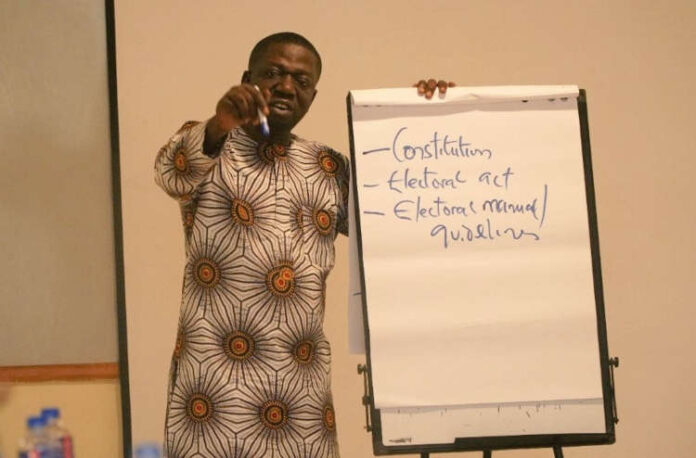 Legislative elections for all constituencies will be held on 09 April, 2022, according to the country’s electoral umpire – the Independent Electoral Commission (IEC).

‘Ahead of the parliamentary elections in The #Gambia, Yiaga Africa’s Programme Manager, Paul James, is providing technical support to our CSO partners, [Gambia Participates]’, Yiaga Africa said in a tweet.

‘The observer group will deploy observers proportionally across all regions in the country’.

In its response, Gambia Participates said, ‘Indeed, Paul is a pool of election knowledge. Thank you [Yiaga Africa and Paul James] for your continuous support towards the attainment of our observation mission’.

Yiaga Africa, through its Watching The Vote movement, deploys the Parallel Vote Tabulation (PVT) methodology to verify the official election results as announced by the electoral umpire.

Voting process in The Gambia has generally been peaceful, with IEC polling staff and voters showing commitment and professionalism at voting centres.

The Gambia’s 2021 presidential election, according to the African Union (AU) Election Observation Mission (AUEOM), was free and fair with interruptions lasting not more than ten minutes.

The Economic Community of West African States (ECOWAS) was also impressed with last year’s election, saying it was ‘peaceful with no major incident’.

However, the spread of misinformation in the West African nation is threatening its democracy, according to a 2021 report by the Centre for Democracy and Development (CDD).