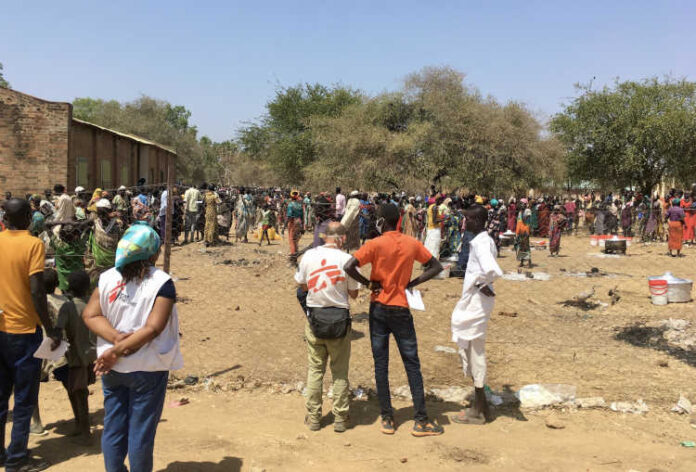 Doctors without Borders has called for continued humanitarian action for people who are extremely vulnerable in South Sudan.

The humanitarian organisation, also known as Médecins Sans Frontières (MSF), said in a statement that over 33,000 people still do not have access to basic essentials despite numerous calls for immediate response.

It is understood that following violent intercommunal clashes in early February in and around Agok, Abyei Special Administrative Area, residents fled north to Abyei town and south into Twic County in South Sudan’s Warrap State.

‘The situation in the displacement camps is terrible. People are living in makeshift shelters made of sticks and cloth’, MSF Head of Mission in South Sudan, Susana Borges, said.

‘Parents are literally pulling leaves from the trees and cooking them to feed their children because of lack of food’.

MSF, according to the statement, has been providing 374 metric tons of food for the past two months to some ten thousand families.

The humanitarian organisation has also constructed 135 latrines, and has distributed relief items such as blankets, mosquito nets, jerry cans and soap to the displaced people.

‘We are doing our best to respond but more assistance is needed from other organisations to meet the scale of this crisis’, Borges added.

MSF teams have also been running mobile clinics in three sites where displaced people are sheltering.