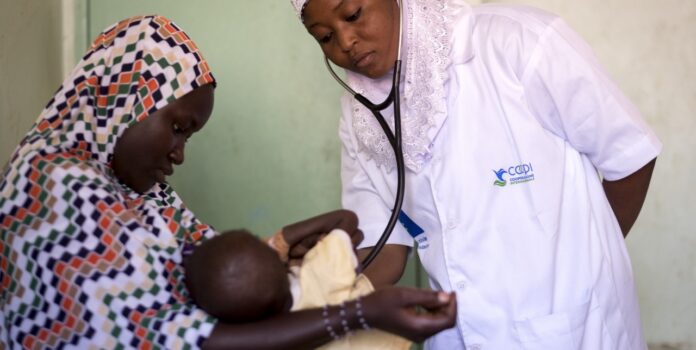 The Improved Responses to Nutritional Emergencies programme has reached 379,006 people with quality health services for the management of acute malnutrition in Niger.

Implemented by Concern Worldwide, Action Against Hunger, and Cooperazione Internazionale (COOPI), the project is part of the Early Warning Early Action (EWEA), Protocol for the Integrated Management of Malnutrition, Community-Based Management of Acute Malnutrition (CMAM Surge) and Protection programme.

The project, funded by the European Commission’s Directorate-General for Civil Protection and Humanitarian Aid Operations (ECHO), was initiated to address the challenges of drought, famine, locust invasions, floods, cholera and meningitis epidemics, political instability and violent conflicts in the country.

It is understood that the programme is being implemented by Concern Worldwide in the Tahoua region, Action Against Hunger in the Maradi region and COOPI in the Tillabéry region.

‘Through the innovative CMAM Surge, the project increases the resilience of the health care system, so that it is constantly able to provide quality services for the management of acute malnutrition, particularly during periods of high frequency, when the ability to save lives must be a priority’, COOPI said in a statement.

‘This approach prepares the health system through a two-step process divided into eight interconnected and interdependent steps, with tools to respond effectively to peaks of cases and overloading of the health care system.

Niger, one among the biggest countries in the Sahel region, is confronted with several risks and frequently faces episodes of the aforementioned challenges.

Data from the World Food Programme (WFP) shows that nearly 20 percent of the Nigerien population cannot meet their food needs because of factors such as inadequate agricultural production, security constraints and high demographic growth.