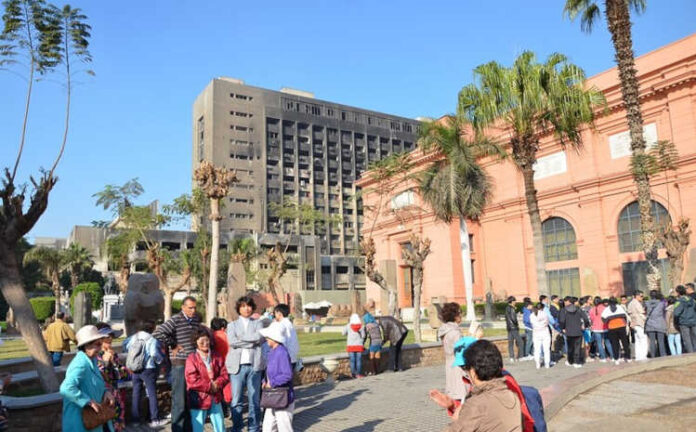 A group of seven human rights organisations, including Cairo Institute for Human Rights Studies (CIHRS), has called on the International Monetary Fund (IMF) to use its loan negotiations with Egypt to improve social protection in the country.

‘As part of its focus on corruption, the IMF should make explicit that transparency measures related to state-owned enterprises extend to military-owned businesses and it should independently verify that these disclosures are made as part of its reviews’, they said in a statement.

‘Military-owned businesses lack any independent or civilian oversight, leaving the Egyptian public without access to information necessary to evaluate the costs and beneficiaries of publicly funded projects.

Egypt ranked 136 out of 139 countries in the World Justice Project’s Rule of Law Index for 2021, with abysmally low scores in regulatory enforcement, civil justice, and criminal justice factors.

In March 2022, the Egyptian government officially requested support from the IMF to help mitigate the economic fallout related to Russia’s invasion of Ukraine.

Egypt, which is the world’s largest importer of wheat, is particularly vulnerable to the impact of Russia’s invasion of Ukraine because 80 percent of its imported wheat comes from both countries.

The price of unsubsidised bread in the Maghreb nation has already increased by 50 percent since the start of the war in Ukraine.

The rights organisations advised IMF and Egyptian authorities against agreeing to any loan that further raises the cost of living without dramatically increasing investment in universal social protection programmes.

‘Despite $20 billion in lending to Egypt since 2016, the IMF has not achieved the reforms needed to meaningfully address the military’s growing and unaccountable role in the economy or to expand the social safety net to adequately protect people’s economic rights’, Human Rights Researcher at HRW, Sarah Saadoun, said.

‘Progress on badly needed reforms remains elusive, and millions of Egyptians have been left increasingly vulnerable to external shocks in the global economy’.

The organisations urged IMF to require the Egyptian authorities to reverse the clampdown on freedoms of expression and association by releasing jailed journalists, parliamentarians, and human rights defenders.