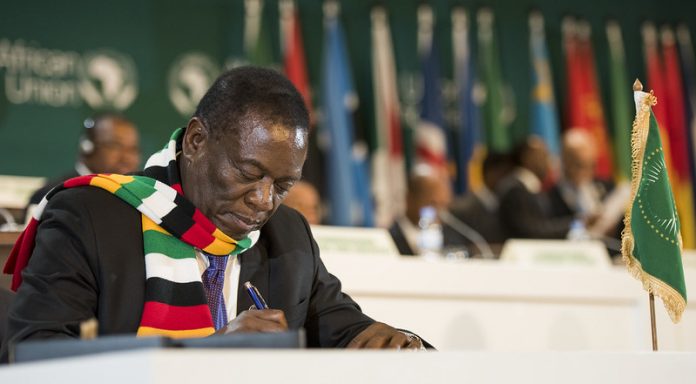 The Crisis in Zimbabwe Coalition (CiCZ) has condemned President Emmerson Mnangagwa’s threat to expel non-governmental organisations (NGOs) from the country on claims of having lost their mandate.

Addressing delegates at a Zimbabwe African National Union-Patriotic Front (ZANU-PF) campaign rally, Mnangagwa said NGOs that defy his government’s policies will be chased out of the country.

‘Non-governmental organisations in this country who do not follow our mandate, I will chase them away from this country’, Mnangagwa said.

Responding to Mnangagwa’s threat, CiZC Chairperson Peter Mutasa said the president should instead appreciate the work done by NGOs in the country, adding that Zimbabwe’s health and education sectors, among many, were being kept alive by NGOs.

‘Instead of seeing CSOs as enemies, the government must be thankful for the work that NGOs are playing’, NewZimbabwe.com quoted Mutasa as saying.

‘NGOs are providing for medical care, education, food security, disaster management, social security, and a host of other important functions.

‘We are deeply concerned by that statement which clearly shows the intentions of the government on the PVO Bill [Amendment Act).

‘We are supposed to be enhancing democracy by making government accountable and proffering alternatives to policies the government is neglecting’.

The Mnangagwa administration has over the past year forced NGOs to register with provincial development coordinators (PDCs) and at a point announced the suspension of operations for numerous NGOs in the country.