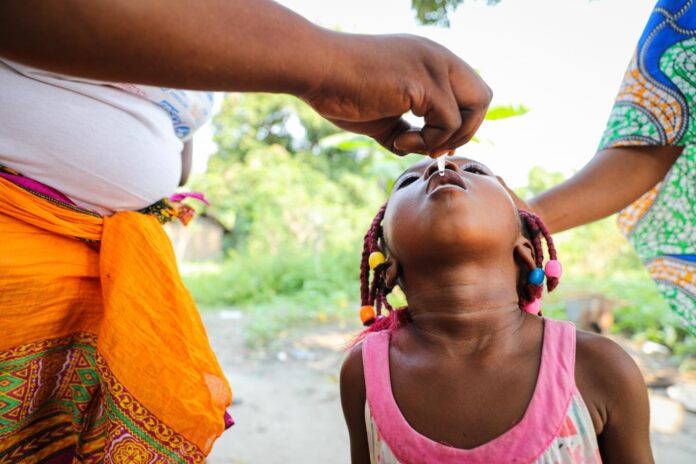 More than nine million children are to be vaccinated against polio in the first round of a mass campaign across Malawi, Mozambique, Tanzania and Zambia, the United Nations Children’s Emergency Fund (UNICEF) has confirmed.

The polio immunisation campaign was launched in Malawi on 20 March, 2022, after the country declared an outbreak of polio in February – the first such case in Africa since the continent was certified free of indigenous wild poliovirus in 2020.

Polio is a highly infectious disease caused by a virus. It invades the nervous system and can cause total paralysis within hours, particularly among children under five.

The virus is transmitted from person to person mainly through faecal matter or through contaminated water or food, and multiplies in the intestine.

While there is no cure for polio, the disease can be prevented through administration of a safe, simple and effective vaccine.

UNICEF, the World Health Organisation (WHO) and other partners of the Global Polio Eradication Initiative (GPEI) are supporting governments in the aforementioned countries with the urgent drive.

‘This is the first case of wild polio detected in Africa for more than five years and UNICEF is working closely with governments and partners to do everything possible to stop the virus in its tracks’, UNICEF Regional Director for Eastern and Southern Africa, Mohamed Fall, said in a statement.

‘Polio spreads fast and can kill or cause permanent paralysis’.

UNICEF has procured more than 36 million doses of polio vaccine for the first two rounds of immunisation of children in Malawi, Mozambique, Tanzania and Zambia.

According to WHO, 80 million doses of the bivalent Oral Polio Vaccine will be administered to over 23 million children throughout the course of the campaign in the countries.

‘Polio is a highly infectious and an untreatable disease that can result in permanent paralysis. In support of Malawi and it neighbours, we are acting fast to halt this outbreak and extinguish the threat through effective vaccinations’, WHO Regional Director for Africa, Matshidiso Moeti, said.

‘The African region has already defeated wild poliovirus due to a monumental effort by countries. We have the know-how and are tirelessly working to ensure that every child lives and thrives in a continent free of polio’.