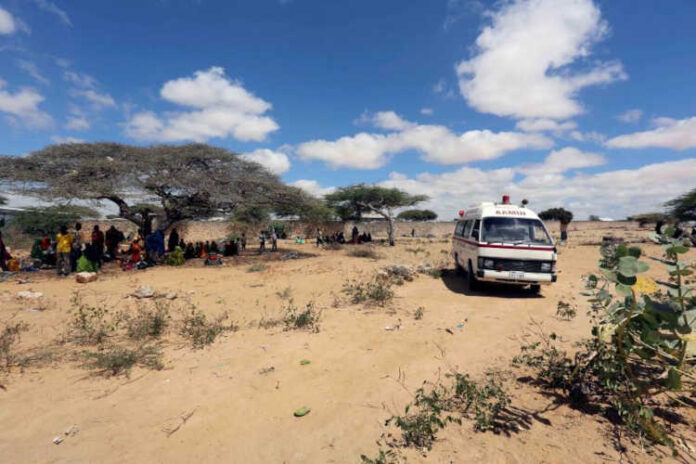 The International Committee of the Red Cross (ICRC) has started implementing its drought emergency response action in Somalia.

More than 670,000 people in the country have been displaced since the beginning of March 2022 due to conflict and ongoing severe drought, according to the humanitarian organisation.

The crisis in the country has deepened even as protracted conflict and violence continues to deny humanitarian actors access to the region.

It is estimated that over 500,000 Somalis are likely to be displaced before the end of March 2022, according to the United Nations High Commissioner for Refugees (UNHCR).

‘There is nothing but hunger where I come from. People are hungry. There is no rain. We left in search of medical assistance but there is only hunger’, ICRC quoted a displaced person, Fadumo Ali Mohamed, saying.

The country’s central and southern regions have been where the crisis has hit the hardest as many have fled their homes in search of water and food.

‘Nutritional screening has been strengthened and several boreholes “quick fixes” are underway in various priority zones, reaching out to over 68,000 beneficiaries.

‘We are aware of the conflict-related constraints and risks and we will be thoroughly assessing them, all the while striving to respond in a timely and efficient manner to the needs of people caught in the conflict’.

The ICRC said it will continue to strengthen its protection response, including its efforts to reunite separated families in Somalia, in partnership with the Somalia Red Crescent Society.