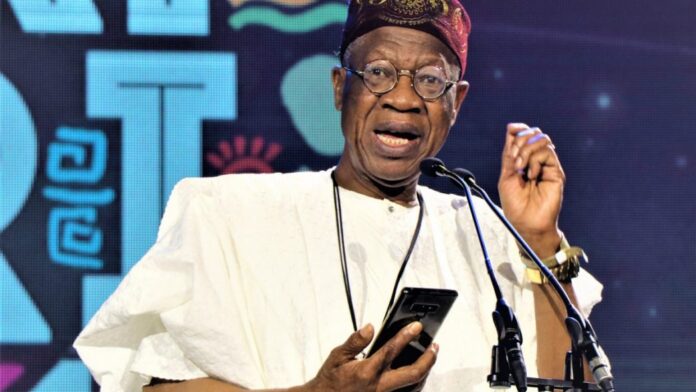 Four non-governmental organisations (NGOs) have dismissed an allegation by Nigeria’s Minister of Information, Lai Mohammed, that some NGOs are working to destabilise the country.

Mohammed, who made the allegation when he featured on ‘Radio Link’ – a phone-in programme of the Federal Radio Corporation of Nigeria (FRCN) – in February 2022, said Nigerians should be circumspect about the activities of some NGOs.

The minister gave the example of Socio-Economic Rights and Accountability Project (SERAP), which sued the federal government when Twitter was suspended.

‘There are many NGOs in Nigeria today that are not working for the interests of the people of the nation’, Mohammed claimed during the radio programme monitored by the News Agency of Nigeria (NAN).

‘Otherwise, why will SERAP, for instance, take the Nigerian government to court because it suspended the operations of Twitter, an entity that is a platform of choice for people working to destabilise the country’.

However, SERAP, Enough is Enough (EiE) Nigeria, Media Rights Agenda (MRA), and Paradigm Initiative (PIN) argued that the allegation was meant to malign the NGOs that challenged the government in court over the Twitter ban.

‘We reject the allegation that the Socio-Economic Rights and Accountability Project (SERAP) and other NGOs that sued the Nigerian government are working to destabilise Nigeria or against the country’s interest’, the NGOs said in a statement to Development Diaries.

‘We condemn the statement as a reckless attempt to incite Nigerians against NGOs and undermine their credibility.

‘We wish to state that the opposite is actually true – it is Nigerian NGOs that are striving to save Nigeria from being destabilised in the face of relentless efforts by Mr Mohammed and others like him in the government who are afraid of freedom of expression and other fundamental rights that should be enjoyed by all citizens of a democratic country’.

Civil society groups and activists condemned the move as a violation of the fundamental right to freedom of speech in Nigeria, with some NGOs dragging the government to the Economic Community of West African States (ECOWAS) court.

The NGOs said they will continue to support Nigeria’s democracy and will challenge any breach or attempted breach of the fundamental rights of citizens as enshrined in the constitution.