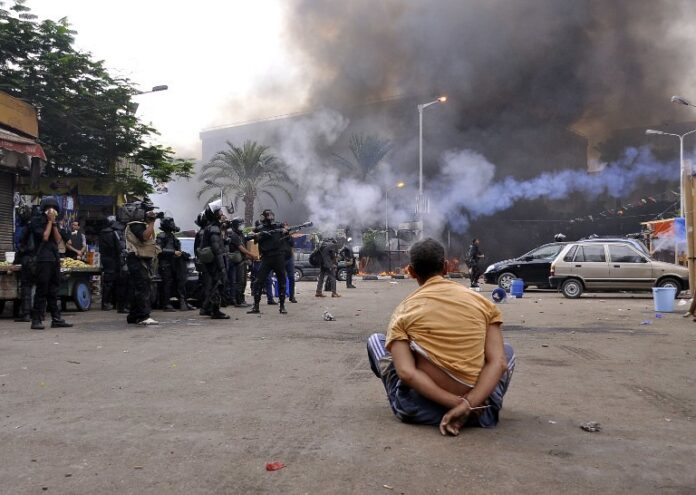 The Project on Middle East Democracy (POMED) has called on the government of Egypt to release Abdel Qawi Fathallah, who remains behind bars despite the Cairo Criminal Court ordering his release on 10 January.

POMED noted that Fathallah’s case illustrates the gap between theory and reality in the Maghreb country’s justice system.

Fathallah was imprisoned in 2019 on charges of joining a banned group.

According to POMED, authorities issued an order to release him with precautionary measures in April 2021 and he was transferred from Qanater Prison to the Giza Police Department in preparation for his release.

However, in May 2021, with Fathallah still in the police station and authorities not informing him of a hearing to renew his precautionary measures, Fathallah was rearrested for his failure to attend.

Fathallah’s continued imprisonment despite court order to release him constitutes a crime of unlawful detention which is punishable under Article 280 of the Egyptian Penal Code.

His case also constitutes a crime of refusing to implement a judicial order, which is punishable under Article 123 of the same code.

‘Fathallah’s situation is another reminder that judicial rulings in Egypt often fail to be implemented in practice’, POMED said in a statement.

‘Other examples include the many human rights defenders who have struggled to have travel bans and asset freezes lifted long after being cleared by judges’.

Freedom House also rated Egypt as ‘not free’ in its 2021 Freedom in the World study of political rights and civil liberties worldwide, with the North African country earning 18 points out of a possible 100.