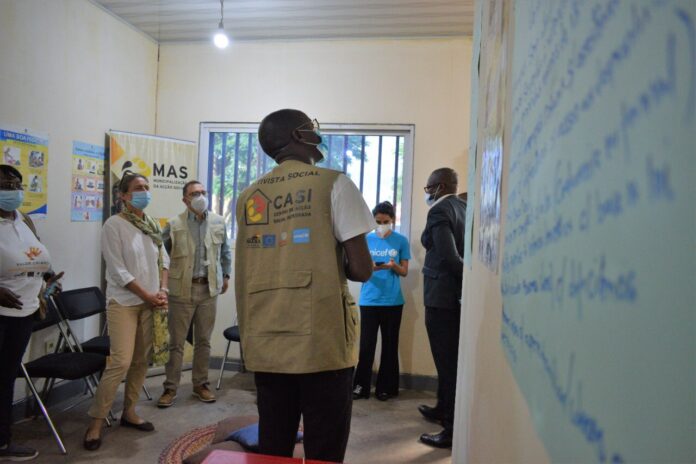 The programme, funded by the European Union (EU), aims to improve the welfare of children under five to mitigate the impact of the drought-propelled food crisis on children in the country.

The cash, it is understood, was given directly to caregivers and guardians who procured food for the children.

‘Thanks to [EU in Angola] more than 6.3k families in Moxico are benefited by [cash transfer] for children under-five’, UNICEF Representative in Angola, Iván Yerovi, said in a tweet.

‘During the field visit with [EU] Ambassador (to Angola), Ms Jeannette Seppen, we were delighted to see a team fully committed to ensure no children is left behind’.

WFP, in another report, also said high food prices and a locust infestation had caused severe damage to crops, compounding the effects of the drought and hampering people’s ability to access nutritious food.

Data from UNICEF shows that Angola is experiencing its worst drought in 40 years, with an estimated 3.81 million people reported to have insufficient food consumption in the six southern provinces of the country.

For children, the food crisis is even more severe. According to the IPC Acute Malnutrition, around 114,000 children under age five are suffering or likely to suffer from acute malnutrition in the next 12 months and therefore require treatment in southern Angola.

The pandemic, according to the International Monetary Fund (IMF), triggered economic and health crises in Angola, with the decline in global oil prices further straining the country’s oil reliant economy.

The government of Angola, it is understood, has created reception centres for families who left their homes searching for food in many municipalities in southern Angola to abate the food crisis situation especially for children.