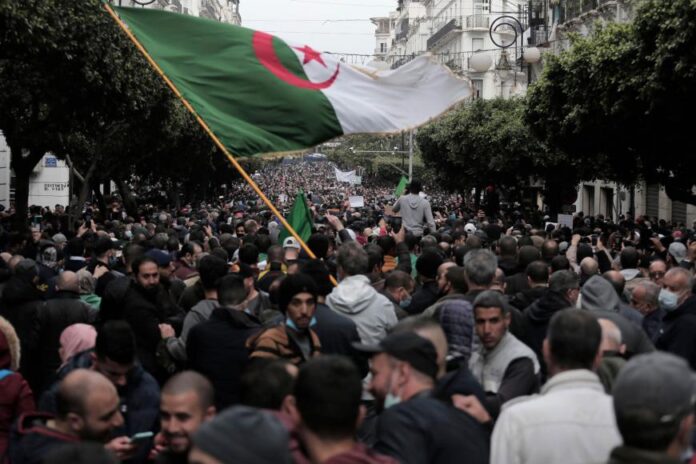 A group of 21 civil society organisations (CSOs) has called on the government of Algeria to end the systematic crackdown on peaceful human rights defenders.

The CSOs, which called on the country’s authorities to urgently release all persons imprisoned arbitrarily, said in a statement that the Maghreb nation have been using vague and broadly-worded charges to arrest and sentence peaceful activists, rights defenders and journalists.

The rights organisations, including AfricanDefenders, Algerian League for the Defence of Human Rights (LADDH) and Article 19, cited the arrests of human rights defenders, Zaki Hannache and Faleh Hammoudi, respectively on 18 and 19 February, 2022, as the latest examples of rights violation.

They also noted that the number of prisoners of conscience in the North African country has reached a new record of 340.

‘The proliferation of arbitrary prosecutions on terrorism charges carrying heavy penalties and the unprecedented legal actions against civil and political organisations are of particular concern’, they said in the statement.

‘Our organisations underline the urgent need to fight against the lack of independence of Algeria’s judiciary. This lack of independence has contributed to a long-standing history of impunity tragically reminiscent of the 1990s, when nearly 8,000 individuals were forcibly disappeared by state agents.

‘The signatories urgently call on the Algerian government to end the systematic criminalisation of peaceful activism, independent journalism, independent unions, and dissent, and for the release of all individuals imprisoned arbitrarily’.

The United States, in a 2020 report, noted human rights issues – including arbitrary detention, serious restrictions on freedom of expression and press, arrests of journalists and substantial interference with freedoms of peaceful assembly and association – in Algeria.

Also, Human Right Watch reported in 2020 that despite President Tebboune’s promise of dialogue, authorities continued to arrest and imprison protesters, activists, and journalists.

Freedom House also rated the Maghreb nation as ‘not free’ in its Freedom in the World 2021 report of political rights and civil liberties, with the North African country earning 32 points out of a possible 100.