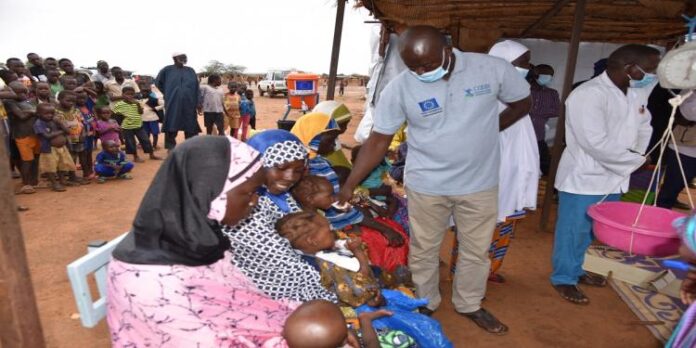 Development Diaries understands that the humanitarian support from the European Union (EU) is part of an additional €15million allocated to the Sahel region.

‘This funding will allow our partners to respond quickly and early to the urgent food needs of the most vulnerable populations in areas impacted by conflict dynamics and to treat children suffering from severe acute malnutrition’, the Head of the EU Humanitarian Aid Office in Niger, Patrick Andrey, said in a statement.

The disruption to agricultural activities, due to conflict and climate change, has also aided the humanitarian crisis, as 80 percent of Niger’s population relies on agriculture for their livelihoods, according to Food and Agricultural organisation (FAO).

‘The areas most affected by the food crisis are in fact the areas where insecurity and violence against civilians are also rife’, the EU statement read.

‘The first estimates of the agricultural season indeed indicate that 6,430 farming villages are in deficit, that is to say nearly 50 [percent] of the total, with a cereal production estimated at 3.5 million tons.

Data from the WFP shows that nearly 20 percent of the Nigerien population cannot meet their food needs because of factors such as inadequate agricultural production, security constraints and high demographic growth.

The EU funding is expected to help meet the most acute food and nutrition needs of Nigeriens and contribute to a rapid response aimed at reducing the effects of a major humanitarian crisis in 2022.