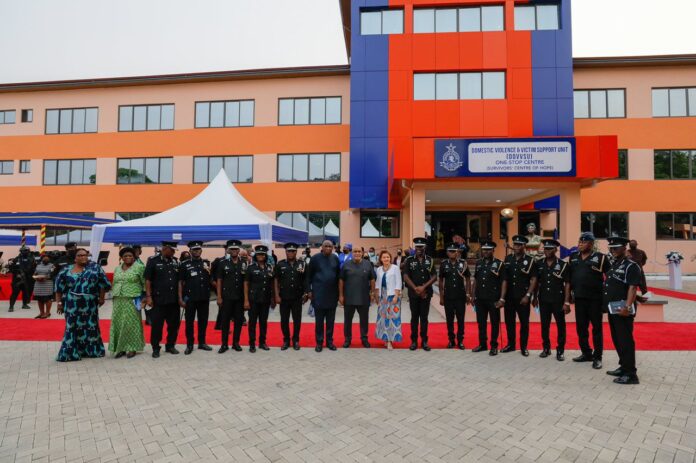 United Nations Children’s Emergency Fund (UNICEF) has reassured its development partners in Ghana of its commitment to the fight against gender-based violence (GBV).

The UN agency gave the reassurance at the opening of a one-stop centre for survivors of GBV in the west African country.

The objective of the centre, which houses a juvenile court and a child-friendly GBV court, is to provide a safe space where survivors can access comprehensive services, according to UNICEF.

Congratulations @GhanaPolice, the Judicial Service, @DOVVSU and all involved. We will continue supporting your efforts’, UNICEF said in a tweet.

‘The one-stop centre includes a new juvenile court and a child-friendly gender-based violence court, established by Ghana with support from Denmark and UNICEF.

‘This enables more children and women to rebuild their lives and receive justice’.

GBV, according to UNICEF, is the most pervasive yet least visible human rights violation in the world. It includes physical, sexual, mental or economic harm inflicted on a person because of socially ascribed power imbalances between males and females.

GBV also includes the threat of violence, coercion and deprivation of liberty, whether in public or private.

Data from UNICEF reveals that in Ghana, child marriages and adolescent pregnancies are a reality for one in five girls and nearly four in ten experience at least one act of sexual violence in their lifetimes.

The UN agency also noted that reports of online child sexual exploitation and abuse (the vast majority of which relates to girls) are 17 times higher than they were just five years ago.

Additional data from the Accra Regional Office of the Domestic Violence and Victims Support Unit (DOVVSU) shows that 31.9 percent of Ghanaian women have faced at least one form of domestic violence.