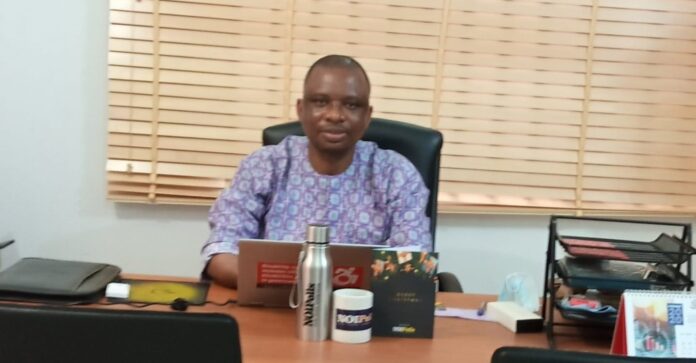 When the Executive Director of Centre for Citizens with Disabilities (CCD), David Anyaele, lost his hands, he immediately found himself in a world of adversity.

David’s hands were chopped off in 1999 by fighters of the Revolutionary United Front (RUF) – a rebel army that fought in the 1991–2002 Sierra Leone Civil War. He was on a business trip to Freetown when he was attacked.

The activist, in a recent Facebook post, said he faced discrimination as a result of his disability.

‘On the 19th of January, 1999, the RUF rebels chopped off my hands because of my identity as a Nigerian’, he said.

‘That experience (the attack by the RUF fighters) changed my world. Suddenly I found myself in the disability community without any idea of what the future holds’, he added.

‘As if I entered into a pit, I was unleashed with discrimination, isolation, stigmatisation and exclusion because of my disability. I am looking differently, without hands’.

David said that his requests to the federal government and the government of Abia State for help to procure artificial hands were rejected.

He also recalled how a doctor at the military hospital at Yaba, Lagos State, told him that it was very difficult managing someone without hands.

‘That was very heavy for me. I resolved to myself that I need to accept my condition if I must survive’, David noted.

How did David move through the grieving process?

One thing is clear: he was resilient.

‘I recall the day my mum came to see me for the first time without hands at the hospital, I promised her that as long as my head is on my neck, I will survive’, he said.

David showed resilience by rising above the lows of his traumatic experience to establish Amputees Rehabilitation Foundation, now CCD.

The organisation, founded in 2002, works to promote inclusion, participation, access, and the mainstreaming of issues of critical concern of citizens with disabilities.

CDD also works to educate, support and empower persons with disabilities and their families to maximise their potential.

The organisation has carried out over ten projects and activities, including breaking barriers against Nigerians with disabilities in Abuja, and enhancing access to justice for people living with disabilities (PWDs) in Lagos State.

‘I want to appeal to my friends to please remove any form of barrier against persons with disabilities, to ensure equal opportunity and participation in the socioeconomic activities in society on equal basis with others’, he appealed.