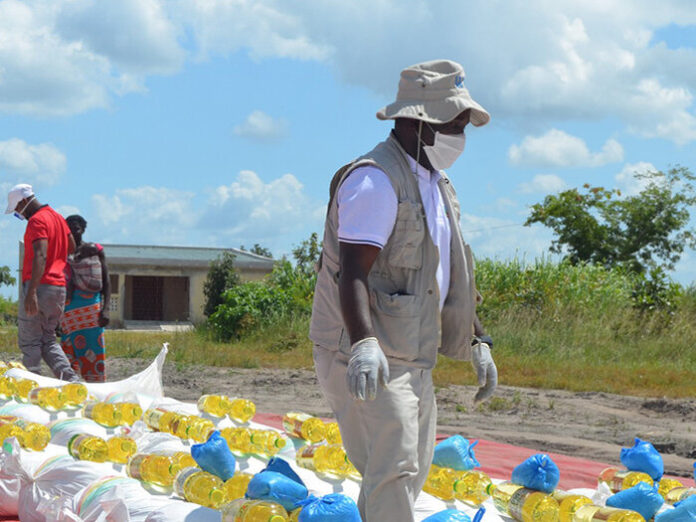 The World Food Programme (WFP) has received a donation of 240 metric tons of vegetable oil to support refugees in Uganda and South Sudan.

The donation, from the United States Agency for International Development (USAID), is worth over $500,000.

The devastating effects of severe droughts, floods, reduced agricultural yields, sea-level rise and other climate change-related disasters have also contributed to a jump in food insecurity and mass displacement in the past decade.

The result has been a food crisis that has seen nine thousand people losing access to food every day, according to the United Nations Office for the Coordination of Humanitarian Affairs (UNOCHA).

Data from the UNHCR shows that there are close to 2.3 million South Sudanese refugees living in Uganda and four other east African countries – Ethiopia, Kenya, Sudan and the Democratic Republic of the Congo.

Also, data from the United Nations (UN) shows that Uganda is the largest refugee-hosting country in Africa, with over a million refugees.

‘This donation is important not only for the value of the food going to refugees, It also represents a different way of packaging and delivery, as we try to reduce wastage en route and reduce WFP’s carbon footprint’, WFP Regional Director, Michael Dunford, said.

‘We are grateful for the generosity and consistency of the U.S. government. East Africa is on the frontline of climate change, and floods in South Sudan have uprooted the lives of millions of impoverished farmers and townspeople. The aid pipeline provides help where none would otherwise exist’.

The 240 metric tons of vegetable oil, it is understood, will be shipped to WFP’s Kenyan country office from where it will be transported to Uganda to be packaged into 900ml bottles for onward delivery to support aid operations in South Sudan.

It was gathered that the packaging of the vegetable oil has been outsourced to a local supplier in Uganda in a bid to stimulate economic impact.

WFP Regional Logistics Officer, Barbara Vanlogchem, said, ‘We are creating economic impact in Uganda by outsourcing packaging to a local supplier as opposed to importing it already packaged.

‘If scaled up, it will be economically beneficial to the Ugandans as they will earn money through this local processing arrangement’.