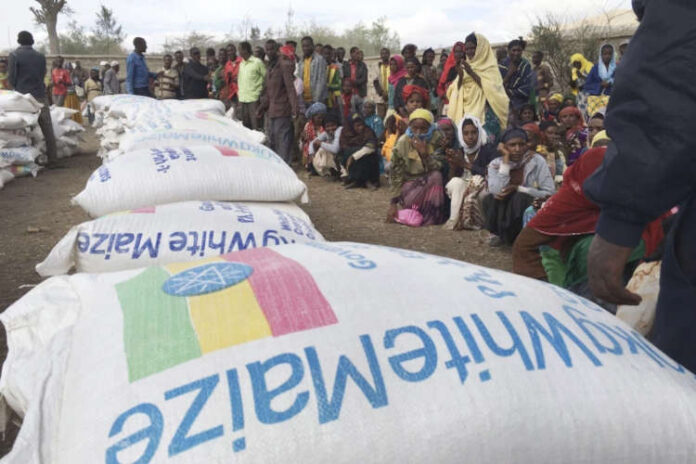 United Nations Office for the Coordination of Humanitarian Affairs (UNOCHA) has appealed for a record U.S.$41 billion to help 183 million people who are the most in need of life-saving assistance.

The UN agency made the appeal as it noted that 274 million people worldwide will need emergency aid and protection in 2022, a 17 percent increase compared with this year.

According to UNOCHA, the need for humanitarian aid is skyrocketing worldwide, as the Covid-19 pandemic, climate change and conflict push more people to the brink of famine.

The devastating effects of climate change such as severe droughts, floods, reduced agricultural yields, sea-level rise and other climate-related disasters are on the rise in Africa.

Children in the Central African Republic (CAR), Chad, Nigeria, Guinea, and Guinea Bissau are the most at risk of experiencing the worst and most life-threatening effects of climate change, a study by the United Nations Children’s Fund (UNICEF) found.

‘The climate crisis is hitting the world’s most vulnerable people first and worst. Protracted conflicts grind on, and instability has worsened in several parts of the world, notably Ethiopia, Myanmar and Afghanistan’, the head of UNOCHA, Martin Griffiths, said at the launch of the 2022 Global Humanitarian Overview (GHO) in Geneva.

According to the report, more than one percent of the world’s population is displaced and extreme poverty is rising again.

In a report to donors, the UN agency said that five countries, including Ethiopia and Sudan, require the most funding due to extensive crises.

In Ethiopia, for instance, more than 2.1 million people have been displaced due to fighting between Ethiopian troops and the Tigray Defence Force.

The fighting started after the Tigray People’s Liberation Front (TPLF), the regional government in Tigray, attacked a key Ethiopian military base in the region.

‘My goal is that this global appeal can go some way to restoring a glimmer of hope for millions of people who desperately need it’, he said.

Griffiths noted that in South Sudan, over half a million people were brought back from the brink of famine as he thanked international donors and member states who, so far in 2021, have provided more than U.S.$17 billion for projects included in the GHO.