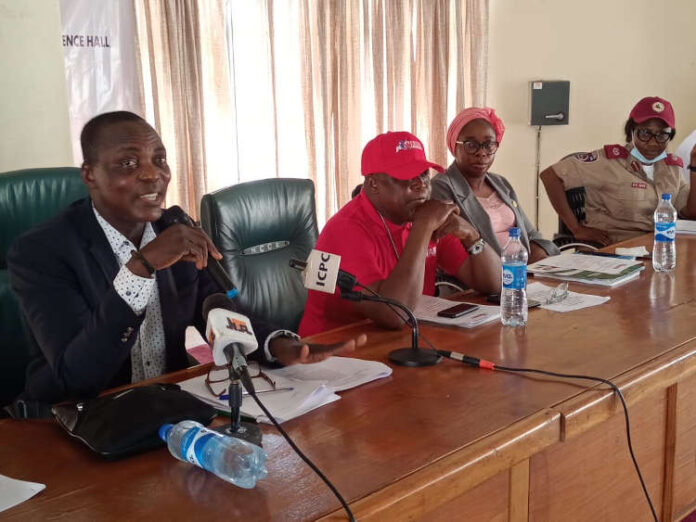 The Independent Corrupt Practices and Other Related Offences Commission (ICPC) has commended the Whistleblowers Anti-Corruption Reporting Network (WARN) for joining the fight against corruption in Nigeria.

WARN, a nonprofit dedicated to protecting and rewarding whistleblowers around Nigeria, recently called on the National Assembly to pass the Whistleblowers and Witness Protection Bill to encourage the reporting of corruption practices in the country.

The senate in 2019 reintroduced the bill which seeks to protect whistleblowers and witnesses.

A similar bill was passed by the eighth senate in 2017. The bill made provision for financial rewards to encourage citizens who expose corruption.

At the inauguration of the WARN NGO in Abuja, the country’s capital, the nonprofit’s  Executive Director, Gabriel Onwe, said that the bill, if passed and signed into law, would serve as an incentive to potential whistleblowers and encourage more reporting of financial crimes among the citizens.

‘We will do everything within humanly possible to make them see reason why this bill must be passed into law’, Onwe said.

He also said that the NGO would encourage citizen participation in the fight against corruption through community mobilisation, training, project tracking as well as promoting accountability and good governance.

‘I have always maintained that the citizenry need to wake up and do their part. Sitting down and thinking the current leadership or any leadership will do it alone is wishful thinking’, he said, calling on all Nigerians to join in the fight against corruption.

Commending the NGO, the ICPC Chairman, Bolaji Owasanoye, noted that the work of the commission and other anti-corruption agencies depends extensively on information.

He commended WARN through an Assistant Commissioner of ICPC, Edet Ufot, during the aforementioned inauguration.

‘I need to say that they have chosen a very creative, imaginative and important part of the anti-corruption work because the work of ICPC and other anti-corruption agencies revolves round information’, he said.

‘They have chosen to take on this task of providing information to the anti-corruption agencies so that they can do their work to diminish corruption’.

WARN’s mission is to assist whistleblowers in finding legal aid, advocate for stronger whistleblower protection laws, and educate the public about whistleblowers’ critical role in protecting democracy and the rule of law.