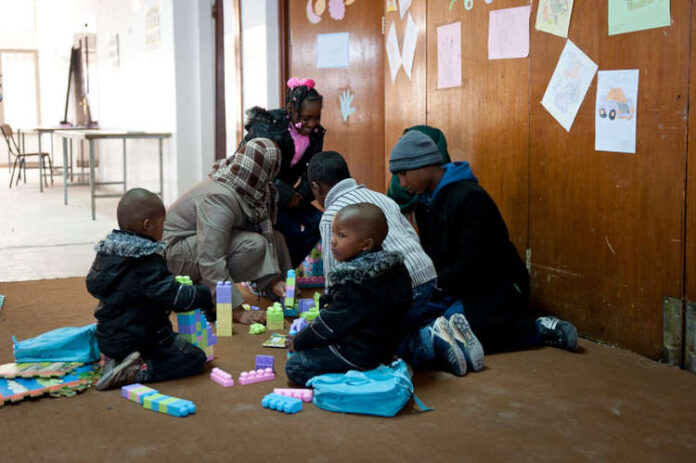 The United Nations Children Emergency Fund (UNICEF) has called attention to the growing impact of climate change on children in Libya.

The UNICEF 20×20 Climate Change Art Exhibition, which showcased 20 artworks from across Libya, was held in November to sound the alarm on the impact of the climate crisis on children in the country.

World Children’s Day is celebrated annually on 20 November as an occasion to promote children’s rights globally and raise awareness on the many challenges accosting the welfare of children.

The theme for this year’s celebration, ‘Better Future for Every Child’, elucidated the impacts of Covid-19, climate change and mental health issues on the rights of children globally.

Climate change, it is understood, is one of the greatest threats facing children and young people in Libya, and the lack of action means they will bear the greatest burden from the climate crisis.

Africa has been warming progressively since the start of the last century, and in the next five years, according to the UN World Meteorological Organisation (WMO), northern and southern Africa are likely to get drier and hotter, while the Sahel region gets wetter.

Climate change has also contributed to a jump in food insecurity, mosquito-borne disease and mass displacement in the past decade.

Libya is one of the most water-scarce countries in the world. According to the Climate Change Knowledge Portal (CCKP), the north African country is 95 percent desert with many parts of the country susceptible to floods, sandstorms, dust storms, and desertification.

The UN Office for the Coordination of Humanitarian Affairs (OCHA), in a 2021 climate change report, noted that heatwaves across Libya pose acute threats to people’s lives especially those of children and young people.

‘In the UN, we are calling for much greater action to address the negative impact of climate change on children and young people’.

Children in African countries are the most at risk of experiencing the worst and most life-threatening effects of climate change, a study by UNICEF found.

Data from the USAID Climate Change Risk Profile for Libya also shows that the Maghreb nation faces considerable obstacles in adapting to global climate change including limited resources to adapt to projected increases in temperature and extreme weather events.

‘The climate crisis is a child rights crisis. It poses an unprecedented threat to the development, survival, and potential of all children and young people, everywhere in Libya’, the statement quoted Acting UNICEF Special Representative to Libya, Cristina Brugiolo, as saying.

‘We must acknowledge where we stand, treat climate change like the crisis it is and act with urgency. [It is] our duty to the generations to come’.

Ensuring water security, particularly for children, has emerged as an urgent priority in Libya. It is understood that the amount of water for each person in the country is a tenth of the minimum required internationally.

USAID noted in its 2017 Climate Change Risk Profile for Libya that annual water demand in the country was around one billion cubic metres, compared to annual groundwater recharge estimated at only 250 million cubic metres.

‘Young people have a critical role in tackling climate change, and it is children and young people globally who are at the forefront of demanding urgent action on climate change’, UNICEF noted in the statement.