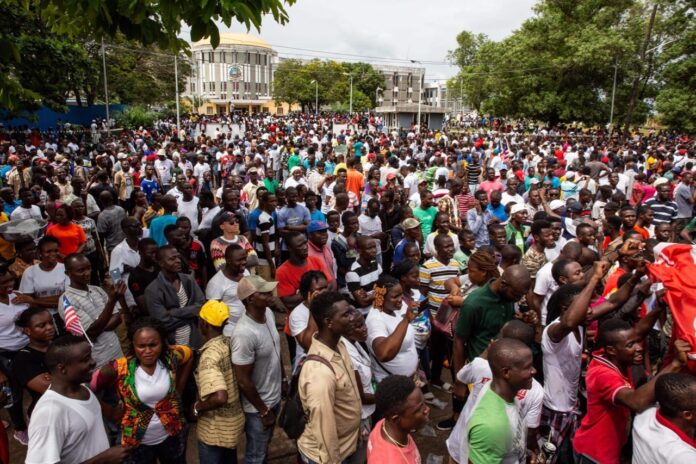 Centre for Democracy and Development (CDD) West Africa says misinformation is spreading fast and wide in Liberia due to increased access to the internet.

The think tank, in a report titled Liberia’s Fake News Ecosystem: An Overview, noted that such information is widely disseminated through Facebook – the most popular social media platform in the country.

The report, written by Ibrahim Al-bakri Nyei, is part of a research series by CDD to explore the misinformation ecosystem in each of the countries that make up West Africa.

It noted that 66 percent of Liberians are ‘not likely to try to get vaccinated’ for Covid-19 due to the influence of misinformation.

Liberia was part of the 42 African countries that missed the World Health Organisation’s (WHO) goal of vaccinating the most vulnerable ten percent of every country’s population against Covid-19 by the end of September.

‘For instance, news circulating on Facebook that the Covid-19 vaccine is part of a grand scheme to make people infertile and reduce the African population has contributed to vaccine hesitancy in the country’, the report read.

‘Facebook has given these “producers” the platform to quickly create propaganda and fake news that they can share widely to discredit each other and promote themselves or their allies.

‘The rise of the internet as an easy means of communicating means information can now be produced and rapidly disseminated without rigorous checks for accuracy’.

CDD also reported a 12.7 percent penetration rate for Facebook that accounted for 78.8 percent of all social media subscriptions in the country in 2020.

The report noted that internet sources, including Google, were ‘revered’ in Liberia and considered credible sources of information.

The CDD report also noted that authorities have resorted to a mixture of internet or social media shutdowns, the arrest of social media users and an increase in the government’s online presence as strategies to arrest the spread of misinformation.

‘Internet shutdowns, which involves throttling of internet speed, blocking specific sites or blocking all access to the internet, have become a common tool deployed by African governments in responding to popular protests or in countering “fake news” around major political events like elections and antigovernment protests’, the report said.

The report called on the government of Liberia to reduce bureaucratic barriers to accessing public information in order to curb the spread of misinformation in the country.

In addition, the report urged civil society organisations to work with communities to facilitate information dissemination and public education on major national events like elections and emergency situations like epidemics.